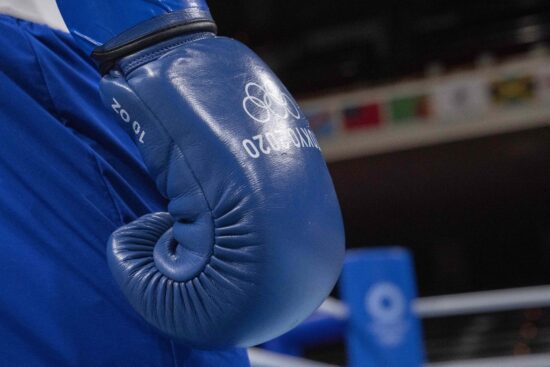 The boxing events at the Olympics have been exciting watching throughout the Games. However, the final events in the ring are expected to take place over the coming weekend. There have been no shortage of shocks and record-breaking accomplishments, but which stars could win gold in the men’s and women’s middleweight events?

Only four fighters remain in the hunt for the middleweight gold in Tokyo this summer. The fighters still involved will be looking to emulate the feats of Ariel Hernandez, James DeGale and Arien Lopez, who have all won golds in previous Olympic Games.

Oleksandr Khyzhniak looks to be the man to beat, as the current favorite in the betting has eased through the rounds. He beat Yuito Moriwaki in the round of 16, before seeing off Euri Cedeno Martinez in the previous round. His biggest challenge will come in the semi-finals, as he comes up against Eumir Marcial. Marcial won his round of 16 matchup by TKO against Francisco Daniel Veron, before winning by KO in the quarterfinals.

The other side of the draw, which sees Gleb Bakshi and Hebert Da Conceicao Sousa clash looks to be a battle for silver. Marcial could be the gold winner in the middleweight division if he is able to dictate the pace in his semi-final clash with Khyzhniak, and that could put him on course to win the gold.

The women’s middleweight division will have a new Olympic champion this year, as the only two previous golds have been won by American superstar Claressa Shields. Nouchka Fontijn was beaten by Shields in the gold medal fight in Rio, and comes into this with an impressive amateur record, winning 102 of her 121 fights.

She will come up against the leading contender to win gold in Tokyo in the semi-finals, as she battles Lauren Price. Price is the leading contender in the betting, as Team GB look to continue their best Games in the ring for over 100 years. She has been in scintillating form over recent years, as she won gold at the European Games, and also won the World Championship and Commonwealth Games middleweight events in 2019 and 2018, respectively.

Price has been seamless throughout the event to this point, as she has won both previous bouts 5-0. Her round of 16 victory came against Munkbat Myagmarjargal, while she beat Atheyna Bylon in the last round. She is certainly the one to beat and is incredibly difficult to bet against winning gold. Li Qian faces a difficult challenge in the semi-finals, but she remains the best bet for silver.