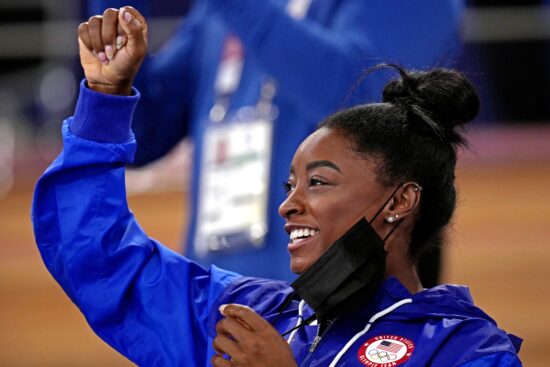 The Olympic Games have already been an unforgettable sporting event, with huge stories all around. However, one of the biggest superstars in Tokyo will make her long-awaited return to competition on Tuesday, as Simeone Biles will be competing in the beam final.

Simone Biles will be among the favorites in the betting with BetOnline.ag to win on her return in the beam final on Tuesday. The American made the brave decision to pull out of the four individual finals since the team final last week to protect her mental health. It was a decision that has been applauded by global stars, but now she will have a chance to add to the four Olympic golds that she has won throughout her career.

There were fears that we had seen the last of the superstar following her departure in the team final after competing on just the vault. Biles was visibly not right in that final, and it was later confirmed that she would not be competing in the other individual finals. Biles was still able to add to her medal haul despite competing on just one piece of apparatus, as the American team ended the team final winning the silver medal.

The beam is the only gold that Biles hasn’t won at the Olympics during her career, as she finished with the bronze medal in the 2016 Games. However, she has won three World Championship golds in the event, including at the 2019 championships in Stuttgart.

Asher-Smith Out Of 200m Final

It was revealed over the weekend that Dina Asher-Smith would not be able to add the Olympic title to go with her world title after she pulled out of the 200m. The British star was among the leading contenders with BetOnline.ag to win the gold this week, but in an emotional interview with the BBC, she announced that a hamstring tear that she suffered before the Games means that she will no longer be able to take part.

Asher-Smith revealed that she suffered the injury in June when competing at the British trials. She wasn’t even going to travel to Japan for the games, before a second doctor gave her the green light. The 25-year-old failed to make the 100m final after finishing in 11.05 in her semi-final over the weekend. However, the Brit remained optimistic that she could still compete in the 4x100m relay later in the week.

Asher-Smith’s withdrawal had seen Gabrielle Thomas shorten in price to win the race with BetOnline.ag. The 24-year-old American has been in excellent form throughout the season, and clocked a time of 21.61 at the US Trials earlier in the year.

That time made her the second-fastest female sprinter of all-time. Thomas’ main rivals for the gold this week could be Shaunae Miller and Eliane Thompson. Shelly-Ann Fraser-Pryce will also be back on track after finishing second in the 100m final on Saturday. The Jamaican superstar is yet to win 200m gold, having finished second in London in 2012.