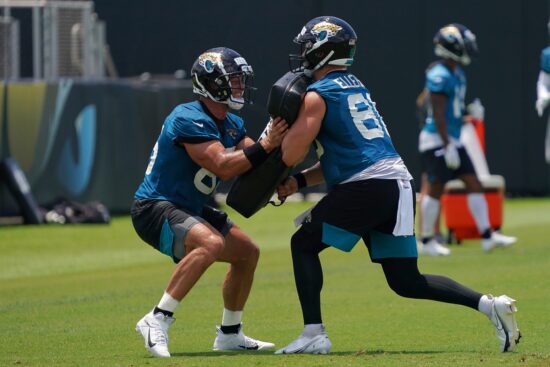 The last time we saw Tim Tebow play in an NFL game was December 17th, 2012 when he came in for a drive for the New York Jets versus Tennessee Titans. He managed 15 yards on three rush attempts.

Nine years later, Tebow is back in the NFL after signing a one-year deal with the Jacksonville Jaguars as TE. He reunites with his former college coach, Jaguars’ new head coach Urban Meyer. Together in Gainesville, they went 48-7 in three years and led the Gators to a National Championship in 2008.

For the record, I am all for second chances in life. Tim Tebow is a great human being and, like many others, I am a fan of him.

However, when it comes to Tim Tebow, the football player, that is an entirely different narrative. He played in 35 games in his NFL career, starting only 16 games, or 45.7%, of his games as a quarterback. He had a 47.9 career completion % with 17 touchdowns and 9 interceptions.

It was pretty evident he could not cut as an NFL quarterback, so there was a chance he could excel elsewhere on an NFL field. Tebow is an athlete. It would make sense that NFL teams would want to play him at other positions. They did back in 2013, but he refused. In an interview with Dan Patrick on his show in 2016, Tebow admitted as much:

I’ve had a lot of good opportunities to play another position but that just wasn’t in my heart. It wasn’t something I wanted to do. If I was going to make a change, I’d rather make a change to baseball.

There are countless examples of players who switched positions they played in college and succeeded in the NFL. Players like Julian Edelman switched from quarterback to wide receiver/kick returner or Denard Robinson from quarterback to running back. Ironically, Robinson was drafted by the Jaguars in the 5th round of the 2013 NFL Draft.

The question is why the willingness to change positions now after almost a decade away from the game?

To be clear, if Meyer was not a head coach in the NFL, Tebow would not be given another opportunity to be in the league. He has never played a down as a TE, which is different from playing under center.

There are plenty of viable options in free agency who play TE for a living.

When I see Tebow with the No. 1 selling jersey in the league, it is just as much about attracting attention to a 1-15 franchise in the Jaguars because Tebow is still a relevant name in sports. Will he make the team? I doubt it, but I could be wrong. This proves the adage: it’s not what you know, it’s who you know.