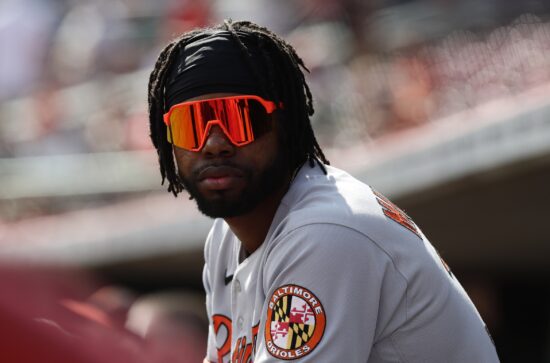 We could have some very close baseball played if the Baltimore Orioles and Texas Rangers match up like they did over the July 4th weekend at Camden Yards. The O’s took all three that series, but each game was decided by one run and two of the games went into extra innings.

Texas looks for a little revenge this time on their home turf. The Rangers took three of four from the Angels over the weekend to wrap up a 5-6 road trip coming out of the All-Star break. Now Texas is back home for the first time since July 17th as -168 favorites on the Vegas odds.

Orioles Staying in the Hunt

Baltimore is 51-51 so they are staying afloat even though everybody expects them to return to ‘the same old Orioles’ at any moment. Baltimore went 16-9 in July and even though the AL East is a lost cause with the Yankees running away with the division, the Orioles are still just three games back from the final wild card spot.

The Orioles could not build on the momentum of taking three of four at home against Tampa Bay as they dropped two of three over the weekend in Cincinnati. Getting the 7-6, 10-9, and 2-1 wins over Texas at the beginning of July propelled Baltimore to go on a 10-game win streak, maybe doing the same at the start of August will equal similar results.

Spenser Watkins (3-1, 4.03 ERA) started one of those wins over the Rangers, giving up just an ER over 6.2 IP in his best outing of the season. Watkins would like to get back to those ways considering he gave up 10 hits in his first start coming out of the All-Star break even though it ended up being a 5-3 win over Tampa Bay.

You have to take it with a grain of salt since the opponent was the Angels, but it was a nice weekend for Texas taking two of three to win their first series since the All-Star break. After an 8-0 win in a 1-gamer over the Marlins, the Rangers dropped two of three in Oakland and were swept in Seattle so this weekend against LAA was solid especially at the end of a very long road swing.

The Rangers couldn’t manage much against Watkins in the first meeting this season, but they hopt that changes back in Arlington. Nathaniel Lowe did go 2-3 with a double back on July 6th and Kole Calhoun also added a double so Texas could have some more success the second time around vs. the Orioles starter.

Jon Gray (7-5, 3.62 ERA) being on the hill would seemingly give Texas the pitching edge in the Orioles vs Rangers matchup. Gray had a rough start to his second half, giving up 4 ER over 6.1 IP in a loss to the Mariners but he held opponents scoreless in his last two outings before the break (13.0 IP).

The Orioles have won 7 straight vs. the AL West and the fact that the Rangers are returning home after an exhausting road swing has Texas priced too high at -168. Baltimore got the sweep early last month and even though it was at home that proves the O’s match up well here. With Gray’s struggles in his first start since the break Baltimore has to be the play.