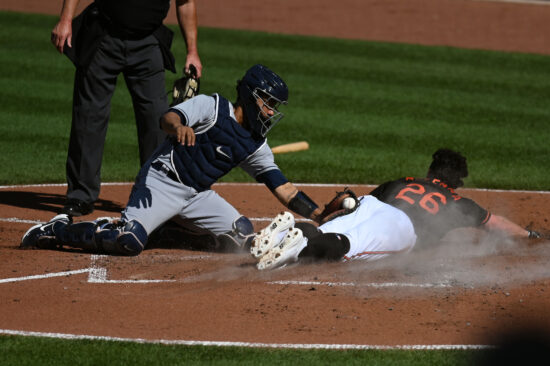 Baltimore was on a 4-2 stretch before losing on Saturday against Tampa Bay. They’ll still have an opportunity to win the series on Sunday.

The Rays managed to break a 1-6 skid with this win versus the Orioles. They’ll look to claim a series win before another tough stretch of games next week.

Orioles are Much Improved

The Orioles have been surprisingly good this year, especially as of late. They’re 15-14 over the past month, playing in the MLB’s toughest division. What’s perhaps most impressive is that the Orioles have faced more teams above .500 than any other team in all of Major League Baseball, managing to go 20-26 in those games. For a comparison, the 33-28 Guardians have a 7-13 record against teams above the .500 mark. Baltimore has a crucial stretch upcoming, with 18 of their next 21 games coming against teams under .500, an opportunity to show how competitive they can really be.

On the mound for the Orioles on Sunday is starter Jordan Lyles (2-5, 5.10 ERA). Lyles has really struggled as of late, posting an 8.22 ERA in the month of June. Baltimore will need a huge bounce-back performance from him against a tough Tampa Bay offense to have a shot at winning. Lyles gave up 5 runs in 5 innings against the Rays in his first start of the season. If he has a better outing this time around, the Orioles’ 7th ranked bullpen should be able to seal the deal.

Before their win against the Orioles on Saturday, the Rays had lost 6 of their last 7 games. They now sit 13 games out of 1st place in the AL East division, and just 1 game away from dropping out of the playoff field entirely. The Rays got the win on Saturday thanks to a 2-hit and home run game from first baseman Ji-Man Choi. Hitting .293 with a .873 OPS, Choi has been a consistent strong spot in the Rays’ batting lineup when healthy. The Rays have a chance for the series win on Sunday to keep their momentum moving in the right direction.

Fortunately for Tampa Bay, they’ll have veteran starter Corey Kluber (3-3, 3.50 ERA) on the mound on Sunday. After an up and down start to the season, Kluber has settled in. He’s pitched to a 1.96 ERA over his last 4 starts, including two 6-inning starts against the red-hot Yankees, where he allowed just one total run. The Rays also have the MLB’s 5th ranked bullpen. The combination of Kluber and the Rays’ bullpen should hold up against Baltimore if their offense can continue their Saturday success.

I actually think the Orioles are the team moving in the right direction right now, and honestly wouldn’t be surprised to see them win the season series over the Rays this year, after being swept by them to start the season. That being said, I trust Kluber a lot more than the struggling Lyles, and I’m not sure the Orioles have what it takes to make up such a big difference in starting pitching. Barring any major surprises, I think the Rays take this one home.