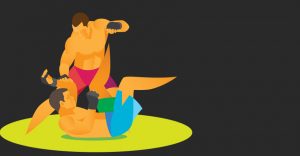 UFC Fight Night: Ortega vs The Korean Zombie is taking place next Saturday at the Flash Forum on Yas Island, Abu Dhabi. This is going to be the second of three events scheduled to take place at the Fight Island this October. The headliner of the event is the featherweight fight between Brian Ortega and Chan Sung Jung. That’s the fight we’re going to discuss in this preview, in which you’ll learn about the odds for each fighter, as well as get our betting picks. So, let’s start!

Ortega vs The Korean Zombie Odds

Some of the world’s most reputable MMA sportsbooks have already released their betting odds for the Ortega vs The Korean Zombie fight. At the moment of writing, Chan Sung Jung is the favorite at -166.

However, he was an even stronger favorite yesterday, when the odds were as short as -200 at some bookies. With a few days left before the fight, one must wonder whether the odds going to change even more? They might, but unless some big news comes up, The Korean Zombie should remain the favorite.

The Korean Zombie has been in the MMA game since 2007 when he was 20. At the age of 33, he has an impressive portfolio, with some big achievements in the last couple of years. Since his UFC debut in 2011, he went on to win six fights, while losing two.

Of those six wins, four happened by either knockout or technical knockout. Two of his most recent fights finished with The Korean Zombie getting a TKO victory, each time thanks to his insane punches.

The last time he was inside the octagon, he beat Frankie Edgar. It happened in December in Busan, in his native South Korea. That fight saw him get a win in Round 1, after 3:18.

Featherweight Challenger Hoping to Bounce Back With a Win

In December 2018, Brian Ortega took a shot at the UFC Featherweight Championship belt against Max Holloway. After four rounds of the fight, a doctor stoppage awarded Holloway the win, leaving Ortega emptyhanded.

The title shot was Ortega’s last trip to the Octagon, meaning that he’s without a professional fight for nearly two years. Nevertheless, he’s still #2 in the UFC Featherweight Rankings. The question is whether he’ll stay there for much longer? His legacy is at stake, so it’s clear than T-City is super-motivated to win next weekend.

Ortega vs The Korean Zombie Prediction

There’s no arguing that The Korean Zombie is one of the best strikers in the division, but Ortega must not be underestimated. He definitely has the skills to cause a pretty big upset.

Still, he’s been out of the octagon for too long, which might have had an impact on his confidence. Chan Sung Jung, on the other hand, is coming into this fight with his confidence through the roof. That could be the decisive factor in this fight.

Ortega vs The Korean Zombie Pick: