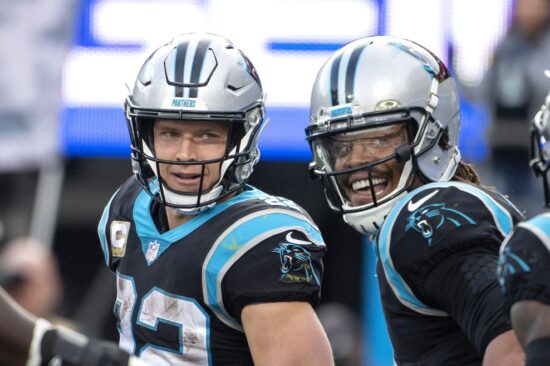 The Week 12 game against the Miami Dolphins is probably going to be the second time Cam Newton starts as the Carolina Panthers quarterback in 2021.

One of Carolina’s living legends made his first start of the season last weekend when his team lost to the Washington Football Team. Is it time for Newton to record his first win in his second stint as a Panther?

Betting odds suggest it could, but the recent form of the Dolphins suggests otherwise. This team has won their previous three games and is looking to challenge a playoff berth. For that to happen, they need to continue winning.

Cam Newton is Back, Christian McCaffrey is Healthy

The MVP of the 2015 season, who led the Panthers to their second NFC Championship in the history of the franchise is back in Carolina. The man in question is Cam Newton, a quarterback who spent one year playing for the New England Patriots before coming back home.

His second debut for the Panthers happened in Week 10 when his team played against the Arizona Cardinals who were 8-1 at the time. Despite entering the game as the underdogs, the Panthers won 34-10, with Newton spending a limited time on the field but still managing to throw one touchdown pass.

Newton was decent in the following game as well, going 21-for-27 for 189 yards and two touchdown passes. Still, that wasn’t enough for his team to grab a win as the WFT scored six points more. Nevertheless, the game probably isn’t going to remain in a bad memory of Carolina’s fans as it saw the return of their best runner, Christian McCaffrey.

The Dolphins are on a three-game win streak and it’s mostly thanks to their impeccable defending. Over those three games, they conceded only 36 points. It’s an impressive achievement on its own, but the best thing is that one of the teams they played against over that period is Baltimore.

The Ravens are famous for their brilliant offense, but the Dolphins managed to hold them to just ten points two weeks ago. Baltimore’s superstar QB Lamar Jackson made only 39 rushing yards in that game – his second-worst rushing performance this season.

Their defense has been great, but what about their offense? Although Miami hasn’t been scoring much – 63 points in the last three games – their quarterback Tua Tagovailoa has been pretty decent.

The guy’s coming off a solid performance in Week 11 against the New York Jets, in which we saw him completing 26 of his 33 passes for 273 yards and two touchdowns.

The Dolphins are playing well, but probably not well enough to get their fourth straight win. The thing is that the Panthers are a much better team than them, even though their record might not be showing it.

They are 5-6 on the season, but their win parentage is likely to get better in the near future. The reason is that they’re now much, much stronger than they were a couple of weeks ago. What’s changed? Cam Newton has returned and Christian McCaffrey has recovered from an injury.