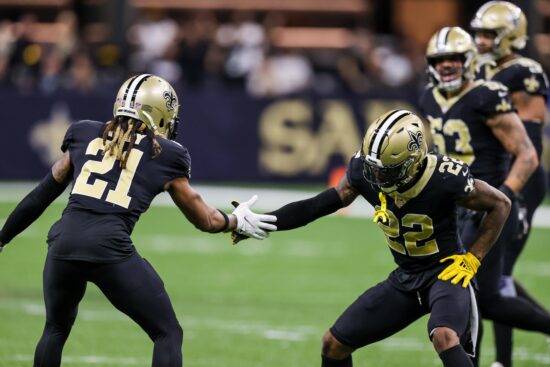 It seems that the Carolina Panthers (5-10) have completely given up on the 2021 NFL season. They lost each of their previous five games, with their last win happening in mid-November when they surprised the oddsmakers by destroying the Arizona Cardinals 34-10 on the road.

Once again, they’re the underdogs and the big question is can they upset the odds? Not if you’re asking the New Orleans Saints. Not only do they look like a much better team, but the Black and Gold are also much more motivated than their opponents.

With a win in Week 17, there’s a chance that they could move up in the NFC Rankings, all the way to a Wild Card position. At the same time, if they lose on Sunday, it would most likely mean saying farewell to the postseason.

The Panthers’ 2021 campaign is practically over. Whatever happens in the remaining two games of the regular season, their journey ends there. With a 5-10 record, they have no chance of making the playoffs.

And it seems that they don’t mind it. They seem as if they’ve given up on the 2021 season a few weeks ago. The Panthers are coming to New Orleans following five straight losses. So, what’s the reason behind all this?

Everything started with the injury of their arguably best player, running back Christian McCaffrey. Then, their starting quarterback Sam Darnold also suffered an injury, for which he had to miss nearly two months before finally making a comeback in Week 16 when he replaced struggling Cam Newton.

Speaking of Newton, the franchise legend started his second stint at Carolina badly. Since arriving, he’s played six games, in which we saw him passing for only four touchdowns.

The Saints Need to Win in Week 17

The Saints are in trouble if they lose on Sunday. It’s because their current record is 7-8, which isn’t good enough for a Wild Card berth. The good news is that they have a pretty good chance of getting to the postseason if they win the remaining two games.

In Week 17, they’re taking on the out-of-form Panthers at Superdome. In the final round of the regular season, they travel to Georgia to take on the Atlanta Falcons, another team that’s out of the playoff race.

Obviously, it’s easier said than done, but the Saints really need to win those two games. What’s worrying is that their recent form hasn’t been great. They’re 2-2 in December, with their most recent game being a home loss to the Miami Dolphins. It’s their offense they should blame – they scored just 3 points against Miami.

There’s an explanation behind this, though. In Week 16, they played with their third-choice quarterback, Ian Book, who made his professional debut that day.

On the bright side, their defense has been sensational lately. As a reminder, the Saints managed to get a shutout win over the Tampa Bay Buccaneers in Florida, which was the first time in history that a Tom Brady team failed to score a single point at home.

The Saints’ defense will keep the opposition offense at bay. But, what about the Saints’ offense, will they disappoint again? Probably not, as their starting QB, Taysom Hill is expected to return after COVID-19 quarantine. With him calling the signals instead of rookie Book, the Saints are bound to be more lethal offensively.