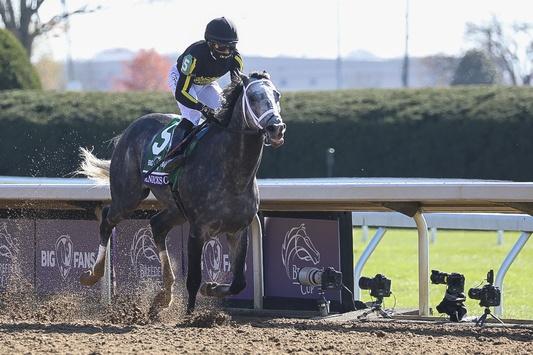 One of the most lucrative events on the horse racing calendar takes place on the 23rd January, as the Pegasus World Cup 2021 Invitational Stakes is the race that all eyes will be on. The Grade I race will take place at Gulfstream Park, but which of the high-profile runners will claim the win in the 2021 instalment?

History Of The Race & Past Winners

The Pegasus World Cup Invitational Stakes has been one of the biggest races of the season in the United States since being introduced in 2017. The first running’s of the race quickly saw it become of the richest races in the sport, with $12 million being up for grabs in the 2017 and 2018 races. There have been huge changes to the race over recent years, with the notable change revolving around the prohibited Lasix. The purse for the race has also changed, with $3 million being the prize fund for the race last year.

Bob Baffert is the most successful trainer in this race, as the American has trained the winner on two previous occasions.

The first of his successes came in 2017 with Arrogate, before he also trained the winner last year. Mucho Gusto was the winner of the Pegasus Invitational Stakes last year, with Irad Ortiz Jr ridding the four-year-old home. Other winners of the race include City of Light in 2019 and Gun Runner in 2018. No jockey has yet won this race on more than one occasion, but that could change this year.

The 2021 race will be headed in the betting by Knicks Go. The four-year-old has all the potential to win this race, and has showcased his credentials already this season. This Brad Cox-trained horse has already won twice this season, and has won three on the bounce since moving to the Cox yard. His last two wins have both come at Keeneland, with the most recent of those coming over a distance of one mile in the Breeders’ Cup Dirt Mile. The distance shouldn’t be an issue for the favourite in the race.

Tax is the second favourite, and will be looking to build on a progressive run last time out. The Danny Gargan-trained entry won at Gulfstream Park last time out over a distance of a mile and half a furlong. Success at the track previously will ensure that the five-year-old is a standout selection.

Code of Honor is the last horse with a credible chance of success for trainer Claude R McGaughey III. However, the four-year-old has been unable to get over the line first so far this season, as he has finished second on his last two runs. It would be hard to see any of the horses posing a real threat to the favourite in the betting.