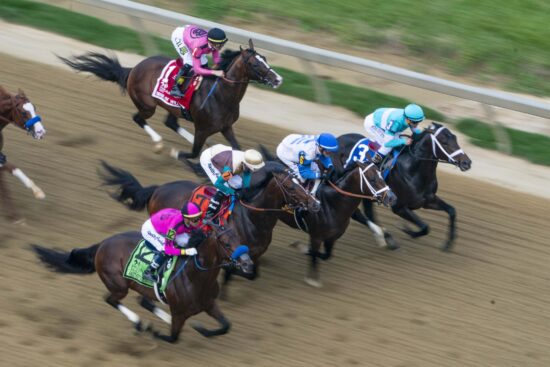 There is a huge weekend of racing action taking place at Gulfstream this weekend. The main event of the afternoon will see the 2021 Pegasus World Cup. However, the Pegasus World Cup Turf Stakes will also be taking place, with a talented field of runners set to be involved.

The Pegasus World Cup Turf Stakes was previously known as the Gulfstream Park Turf Handicap. The race was renamed in 2019, with a bigger prize fund up for grabs. Nowadays, the prize fund for the race sits at $1 million, which is bigger than the previous fund of $350,000. The race was previously run over a distance of eleven furlongs, but it has been since shortened to nine furlongs. The Grade I event is open to horses that are aged four and over, and has been won by some notable names in the past. Almanaar, who won the race in 2017, holds the record for the quickest time over the current distance, as he won the Pegasus World Cup Turf Stakes in 1:45.63.

Einstein is the most successful horse in this race, as he won on two previous occasions. The first of his successes came in 2006, before he repeated the feat in 2008. Jerry Bailey is the most successful jockey in the history of this race, as he has won on seven occasions. The most recent of his victories came in 2003. Last year’s winner was Zulu Alpha for trainer Michael Maker, who won at a time of 1:51.60.

It’s clear to see why Anothertwistafate and Social Paranoia are the two market leaders in the field, as they both come into this in excellent form. Social Paranoia will be considered the horse to beat, as he has won two from four starts. His most recent victory came in July 2020, as he won at Belmont Park by one length from Seismic Wave. Meanwhile, Anothertwistafate may be considered a better chance, as he has appeared on the track more recently. The five-year-olds most recent run came at the start of January, as he won by two and quarter lengths from Bob And Jackie at Santa Anita.

However, our pick for the race will be Largent. The five-year-old has had slightly longer to recover from their previous run, as he last appeared on the track on the 12th December at Gulfstream Park. It was a winning return after a 64-day break, as he won by a commanding two lengths from Doswell. The five-year-old also has an excellent record at Gulfstream Park, as he has won two from three starts, with the defeat that he suffered being by just a neck in February last year. Recent form and course form both points to Largent winning the Pegasus World Cup Turf Stakes.