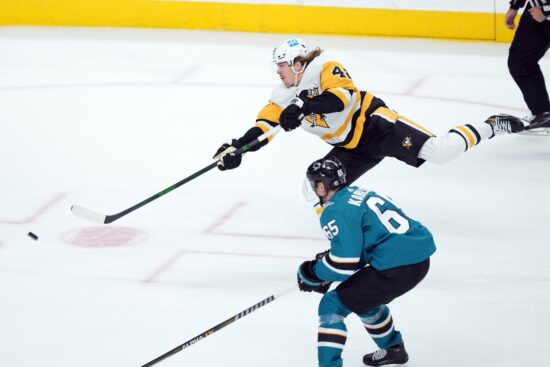 The Vegas Golden Knights will be looking to end their run of two straight defeats in the NHL on Monday evening, as they welcome the Pittsburgh Penguins to the T-Mobile Arena. But, could the in-form Penguins maintain their excellent record over their last ten games?

The Vegas Golden Knights have been in disappointing form over recent outings, but it has had little impact on their odds to win the Pacific Division this season. Vegas remain the clear favorites to win the division, while they are also a very competitive price to win the Stanley Cup in 2022. However, their advantage at the top of the standings in the division has been drastically cut over the last ten games, as the LA Kings have closed to within three of the leaders. The Kings have gone 7-3-0 over their previous ten, while the Golden Knights have slumped to 5-3-2.

Vegas have been beaten in each of their last two games, and have lost four of their previous five. The Golden Knights play for the first time since the middle of last week when they come up against the Penguins, and they were beaten by the Toronto Maple Leafs in their previous fixture. The sides played out an entertaining 3-3 draw in regulation time before the Leafs claimed the win after a shootout. Keegan Kolesar, William Karlsson, and Alex Pietrangelo scored the goals for the Golden Knights.

The Pittsburgh Penguins won’t be afraid coming into this fixture on the road, as they have been excellent in their recent fixtures. No side in the Eastern Conference has won more games than the Penguins over their last ten games, as they have picked up eight victories. Their record of 8-2-0 over that run highlights that they are a franchise heading in the right direction at present. Pittsburgh bounced back following defeat against the Kings with a victory in overtime in their last outing.

That was their fourth straight game on the road and their second victory during a tricky run of fixtures. The Penguins claimed the 2-1 victory after overtime against the San Jose Sharks. Both teams scored once in the first period before the Penguins claimed a dramatic win with the only goal in overtime. Kris Letang and Jake Guentzel scored the goals in the victory for Pittsburgh.

The extra time that the Golden Knights have had to prepare for this fixture could be pivotal. Therefore, we will be taking a chance on the hosts to pick up the victory. We believe that it could be a high-scoring affair in Vegas too, with over 1.5 goals being scored in each of the first two periods.