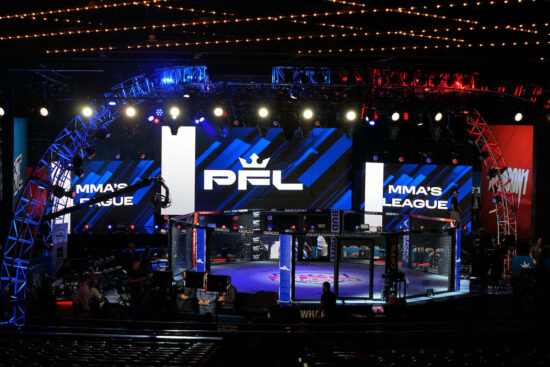 If you’re looking for some PFL Challenger Series Week 1 predictions, look no further, because Vegas Odds has you covered.

The Professional Fighters League (PFL) is coming back with a brand-new season of Challenger Series, in which rising MMA stars will get a chance to win $1 million. Eight consecutive weeks of fighting await us in 2023, starting with Week 1 which is on the program on Friday, January 27.

There are four fights on the program, each featuring welterweight fighters. We will now analyze each matchup, sharing our top PFL picks along the way.

The main event of PFL Challenger Series Week 1 is a fight between Lucas Barbosa and Itso Babulaidze. Barbosa is 2-1 in his professional MMA career, with his most recent fight happening a decade ago. The reason why the Brazilian decided to take an MMA hiatus is so that he could focus on BJJ.

Saying that Barbosa is a Brazilian Jiu-Jitsu expert would be an understatement. He’s a true great of the sport, who’s won numerous awards over the last couple of years. Nicknamed Hulk, the BJJ black belt (under Andre Fabiano) is a five-time world champion in events organized by the International Brazilian Jiu-Jitsu Federation.

His first MMA fight in 10 years is against Georgian fighter Itso Babulaidze. Although he’s turning 30 this year, he only made his professional MMA debut in 2022. It was a successful one – he defeated Jorge Molina by a decision at CFFC 106. In his second pro fight, he defeated Mahmoud Fawzy Sebie by technical knockout in the first round.

Knowing this, it’s clear that Barbosa won’t have an easy job on Friday, but he is still a huge favorite in our eyes. It’s just that he’s a much better fighter than Babulaidze, especially on the ground.

The co-main event is a duel between two undefeated fighters from Florida. Eric Alequin is 7-0, with his most recent win bringing the CFFC welterweight title his way. Apart from fighting in the MMA universe, he’s also famous for doing great in various grappling events.

Meanwhile, Jean is more of a striker, who likes finishing his fights early. He’s 4-0 in his MMA career, with three of those fights finishing before the final bell (two of those were first-round wins). Can he add another win inside the distance to his name? We think he might!

Originally, Jozef Wittner was supposed to fight Quemuel Ottoni in the first PFL Challenger Series event of 2023. However, Ottoni had to withdraw due to injury. As a result, Wittner now has a new opponent to face – Zach Juusola.

Wittner should have a fairly easy job on Friday against the backup fighter. The Slovak fighter is already an MMA veteran despite still being in his 20s. He’s 16-2 in his pro career with his most recent win being a KO win over Chris Astley (15-2) at RFA 4 last October.

Zach Juusola too is a veteran fighter (12-9), but he’s been in horrible shape in recent times. In fact, he’s 0-3 in his previous three bouts.

Mostafa Rashed Neda is a Saudi judoka, well-respected in his own country. He also has a decent record in pro-MMA with 7 wins and 3 losses and is 3-0 in his previous three. The problem, however, is that he hasn’t fought in more than two years.

His opponent – Nick Alley – also took a break from MMA last year. He’s 7-5 overall with two straight losses, the most recent of which happened in November 2021.

Literally, anything can happen in this fight, but our vote goes to Neda. We think he’s going to win, probably by decision.