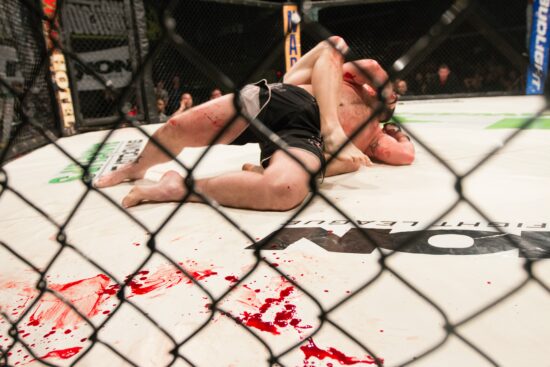 Photo via @blunkorama on Unsplash

Following on from last week’s PFL playoffs, we’re now looking ahead to this week’s event. In this article, we will once again give our best PFL predictions as we look at the current betting lines.

The main card brings us four fights of the 2022 PFL Playoffs for the Featherweight and Women’s Lightweight divisions.

Undefeated lightweight sensation Kayla Harrison (14-0) is already a PFL millionaire, having won the PFL Women’s Lightweight Championship on two occasions, grabbing a $1 million prize each time. Can she add another mil to her bank account? It sure seems so.

She got to the PFL playoffs as the #2 seed with two wins and no losses. What’s got to worry her is that her opponent in the semifinal – Martina Jindrová – is also 2-0 in the 2022 PFL season.

However, her overall record isn’t as impressive as Harrison’s. Jindrová is 6-2 so far, and we think a third loss will happen on Saturday. It’s just that Harrison seems like a much better fighter. Apart from having a flawless MMA record, she’s also an Olympic gold medalist and a former world champion in judo.

If all this isn’t enough to convince you to back Harrison, you should also know that she used to train with legendary Ronda Rousey.

Chris Wade is one of the PFL’s biggest stars at the moment. He’s a former UFC fighter who fought in the world’s most elite MMA promotion for almost three years. During his UFC time, he won five bouts while losing only two. The fights he lost were against Rustam Khabilov and Islam Makhachev, who’s fighting for the vacant UFC Lightweight Championship at the UFC 280 in October.

What’s interesting is that Wade is without a single loss within the distance. When it comes to his wins, most of them happened by points as well. However, his most recent fight saw him win by TKO. It was his second win in the regular season of the 2022 PFL, which earned him the #1 seed in the Playoffs.

As a result, Wade is pitted against the #4 seed in the PFL Featherweight Playoffs, Brendan Loughnane, a British fighter who is 23-4 in his professional career. Loughnane is a knockout expert who would love nothing better than finishing Wade with a KO, as there’s been a lot of bad blood between the two.

Further, Loughnane is fighting in front of his crowd in England. Still, even though the Brit has the motivation on his side, Wade’s experience will probably be the key factor in Saturday’s fight.

Larissa Pacheco and Olena Kolesnyk are fighting for the second time. Their first fight happened in the regular season of the 2022 PFL when we saw Pacheco beat Kolesnyk by knockout in Round 1. Are we going to see something similar happen again? We might, as Pacheco is one of the hardest-hitting fighters in the PFL Women’s Lightweight tournament.

Pacheco is 17-4 overall, with eight wins by KO/TKO. This, however, doesn’t mean she’s got only one weapon at her disposal. On the contrary, Pacheco is a well-rounded fighter, as evident from the fact that she also has eight submission wins in her portfolio, along with one win by points.

When it comes to Kolesnyk, she’s 7-4 overall with two no losses since getting KO-d by Pacheco. That remains her only loss by this method, while she’s also lost two fights by submission and one by points. We think she will lose again, and this time, it could happen by submission.

Bubba Jenkins is a fine wrestler who used to practice this sport for several years while at college. During that time, he became the NCAA Division I champion. What’s interesting is that even though he’s an expert on the floor, he only has three wins by submission in his professional MMA career. In fact, most of his MMA wins happened by knockout.

Speaking of his MMA record, Jenkins is 18-5, with just one loss in the last five years. The loss in question happened against Chris Wade, who’s probably the best fighter in the division.

When it comes to Jenkins’ opponent in the PFL Featherweight Semifinal, Ryoji Kudo is 11-3 overall, with seven wins by knockout and four by decision. He’s still without a single win by submission. When his losses are concerned, all of them happened by decision.

Knowing all this, Jenkins’ best path to victory in this fight might be to try and take his rival to the ground as that’s where he probably feels way more comfortable than Kudo.