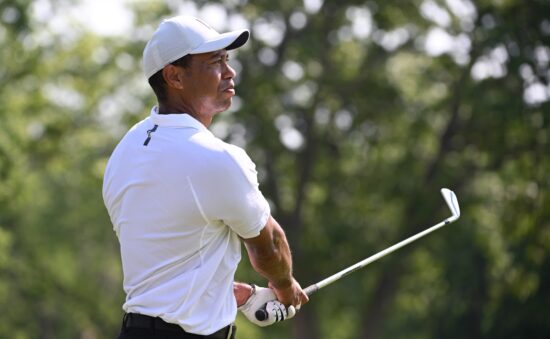 The start of the second major of the golf season is upon us, as the PGA Championship gets underway on Thursday. Like The Masters last month, all eyes will be on the returning Tiger Woods, as he continues to play in only the biggest events due to long-term injury niggles. You can find the latest Tiger Woods prop betting odds for the PGA Championship below.

Woods To Win The PGA Championship

It will be a tall order to see the 46-year-old winning the PGA Championship this weekend, but he does appear to be more optimistic than he was heading into The Masters. Woods has won the PGA Championship on four previous occasions, with his most recent victory coming back in 2007.

Despite only playing one event this year, the American is currently a +7500 chance to win the PGA Championship. But, many bettors would have been hoping for slightly higher odds considering his injury issues.

Woods To Be First Round Leader

There is also a betting market available for the first-round leader of the PGA Championship this weekend. As anyone would know, the real fun in the majors doesn’t really start until the weekend gets underway, but Woods will be hoping for a solid start to enhance his chances of making the cut.

The current Tiger Woods prop odds for the American to be the first-round leader are +6600. Meanwhile, the favorite in this betting market is Scottie Scheffler, who is a +2200 chance.

A solid finish would certainly be seen as a massive success for the 15-time major winner this weekend considering his injury issues over the past couple of years.

The top five markets is likely to be among the most interesting for those looking to make a bet on Woods this weekend, as he is currently a +1600 chance. Meanwhile, he is as short as +700 to achieve a top ten finish. However, he hasn’t finished in the top ten since his second-place finish in 2018.

To Make The Cut Betting

Just making the cut this weekend in the PGA Championship would be seen as a success for Woods. The betting odds find it hard to determine whether he will achieve that feat or not. He has a -125 chance to make it to the weekend, while he has -110 to not make the cut. It is worth mentioning that he was around the same kind of price to not make the cut for The Masters last month, but he managed to do so, before finishing in 47th place.

It is difficult to see Woods challenging for the win or a top ten finish this weekend, which means that we will be sticking with the slightly safer option of Woods making the cut.