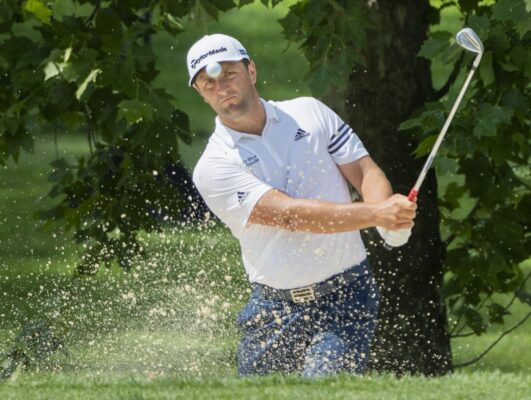 The action on the PGA Tour continues this weekend with a thrilling Memorial Tournament set to take place. It is one of the most picturesque events on the Tour, with the course passing through a neighborhood called Muirfield Village. However, which of the international stars on show will be able to win the famous event this year?

The Memorial Tournament has been a part of the PGA Tour since being placed for the first time in 1976. It has always taken place at the Muirfield Village Golf Club, which is in Dublin, Ohio. The course covers a length of 7,392 yards and has a part 72. It is a stroke play event, and there is a prize fund of $9.3 million available for players.

Tom Lehman won the event in 1994, and he remains the record holder for the best tournament score. He finished the event with an aggregate score of 268, which was -20 under par. Many of the players that are returning for the event this year have achieved successes at the Memorial Tournament in the past. Jon Rahm was the winner of the event 12 months ago, as he won by three strokes from Ryan Palmer.

Patrick Cantlay and Bryson DeChambeau have also won the event in the past, with the two stars winning the competition respectively in 2019 and 2018. Tiger Woods is the most successful player in the history of the event, as his success in 2012 was the fifth title that he won.

As you can tell from the odds, the leading contenders for the Memorial Tournament are all players that have achieved victories in the past. Rahm is the current market leader, as he was a dominant winner of the event last year. DeChambeau is also prominent in the market, but his game has changed since his victory in 2018, and it will be interesting to see whether his style suits the conditions that will be at play this weekend.

Who will win the Memorial Tournament this weekend

The betting odds suggest that this could be a wide-open affair this weekend. However, those looking for a player with decent odds and with a great chance of winning shouldn’t look past 2019 winner Patrick Cantlay. He has returned to form recently, and his past experience around this course is a huge plus.