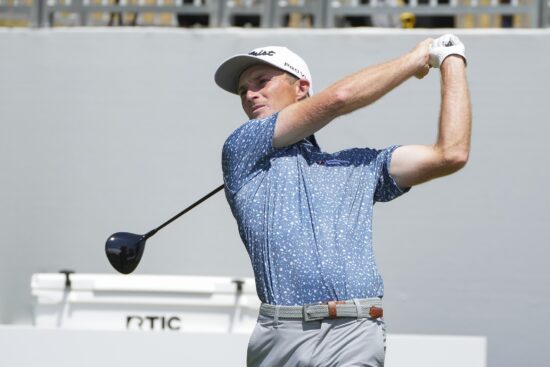 All eyes will be on the BMW Championship this weekend, before the final FedEx Cup event is played next weekend. The BMW Championship is one of the most prestigious events on the calendar, as it is the longest-running event outside of the four majors. But, with an exciting field set to line up this weekend, which players could have leading chances?

The BMW Championship has been staged annually since 2007 and will take place at Wilmington Country Club in Delaware this weekend. The top 70 players on the PGA Tour will be in action this weekend, with only the top 30 players after this weekend moving on to the Tour Championship in just over seven days’ time.

This event will be competed over a long course this weekend, with over 7,500 yards to cover for the players involved. The par for the event is 71, while Keegan Bradley and Justin Rose hold the tournament record aggregate scores. Meanwhile, Bryson DeChambeau and Patrick Cantlay hold the par record, as both finished at -27 in 2021.

One of the most obvious places to start would be last year’s winner, Patrick Cantlay. He beat DeChambeau following a playoff in 2021, while he also finished second in the BMW Championship in 2019. Cantlay’s form throughout the season has been strong, and he has finished in the top ten in two of the previous three events, which includes his tie for eighth at The Open last month.

The Open may have been an event that Rory McIlroy would be keen to forget about, as he lost the lead on the final day. However, the Northern Irishman is the clear favorite in the betting for this weekend’s event. But, he will need to bounce back after failing to make the cut last weekend.

A number of players at the top of the betting enjoyed fine efforts at the FedEx St. Jude Championship last weekend, including Matt Fitzpatrick, Colin Morikawa, and Jon Rahm, who all finished in a tie for fifth.

Cameron Smith is a very notable absentee this weekend, but his compatriot, Adam Scott, could have an outside chance after finishing -11 at the event last weekend. However, the main play would be on Scottie Scheffler. He is at a very attractive price this weekend after missing the cut last weekend. The American was poor with the putter last time out, but he has a good record in events following ones that he has missed the cut.