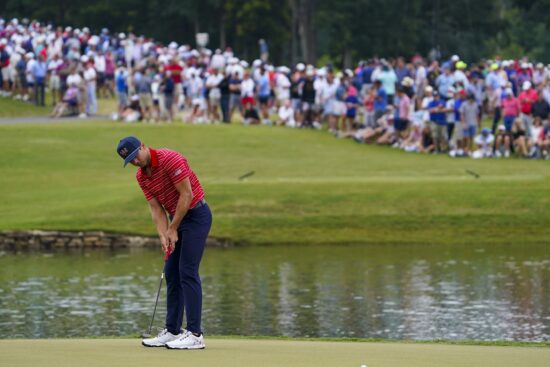 PGA Tour action takes center stage this weekend, as the Sanderson Farms Championship takes place at the Country Club of Jackson in Mississippi. This event has been a part of the PGA Tour since its inception in 1968, and a prize fund of $7.9 million is available this weekend.

The Sanderson Farms Championship has been a part of the PGA Tour since it was established back in 1968. It didn’t move to the Country Club of Jackson until 2014 and was first played at the course in the 2015 season. It is also a hugely popular event among charities, with over $8.1 million being raised throughout its history.

Players involved in the event will compete over the 72-par course, which comprises of 7,461 yards. The stroke play event offers a decent purse of $7.9 million, while the record aggregate score was set by Dan Halldorson, as he finished with a score of 263 in 1986. Meanwhile, the par record was set by Scott Stallings, as he finished 24-under back in 2012.

As the betting would suggest, Sam Burns is the most likely winner this weekend. Burns was the event winner 12 months ago, winning by one shot from Cameron Youth and Nick Watney. The American was in solid form last season, finishing in the top ten on eight occasions, and winning a career-best three events.

Austrian player Sepp Straka could offer some excellent value in the betting this week, as he has been a regular stayer in the PGA events over the past 12 months. He recorded his first win at the Honda Classic and has finished in the top ten on four further occasions, including his second in the FedEx St. Jude Championship.

Russell Henley could also enter the mix this weekend, as he finished in the top ten on four occasions last season. He has won three events on the PGA Tour throughout his career, but his best finish last term was second in the Sony Open in Hawaii.

One of the main players that I like this weekend is Sebastian Munoz. Like Burns, he is a previous winner around this course, with Munoz landing success following a playoff in 2019. The Colombian finished in the top ten on three occasions last season and will be looking for a second career victory. Meanwhile, an each-way chance could also be taken on Brendan Steele, who has made the cut on both previous appearances at this event.