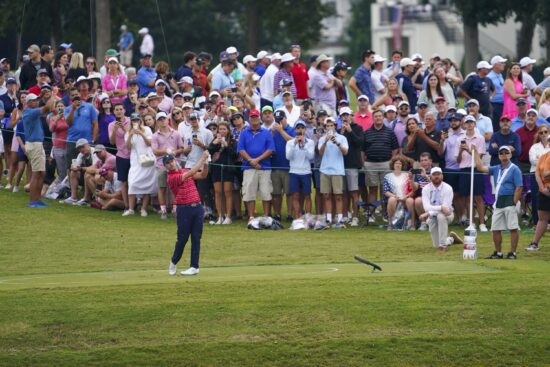 Golf fans can look forward to some exciting action on the PGA Tour this weekend, as the Shriners Hospitals For Children Open takes place in Las Vegas. The event will be hosted by the TPC at Summerlin, and a number of the world’s best will be involved in the competition this weekend.

The Shriners Hospitals For Children Open has been on the PGA Tour calendar since being introduced in 1983. When it was first introduced, it was the most lucrative event on the PGA Tour, offering prize money of $750,000. However, since 2007, Shriners Hospitals for Children has taken over operations of the competition. Throughout its history, it has been played at a number of courses in Las Vegas, including Las Vegas Hilton Country Club, Southern Highland Golf Club and TPC Las Vegas.

The purse for the event now stands at $8 million, and players will compete over the 71-par course consisting of 7,255 yards. The tournament record over the 72-holes is jointly held by Ryan Moore, Webb Simpson, and Im Sung-Jae, who all finished with aggregate scores of 260. Meanwhile, the par record over 72 holes is held by Marc Turnesa, who finished 25-under in 2008.

Patrick Cantlay leads the betting for the PGA Tour event this weekend. The American enjoyed an excellent campaign in 2021-22, as he claimed two victories and finished in the top ten on 12 further occasions. His biggest victory came in the BMW Championship, and he will be looking for a ninth PGA Tour success this weekend.

Sung Jae-Im is another leading contender this weekend, as he won the event last year with a joint-aggregate best finish. That was his only win last season, but he does come into the event this weekend after finishing in a tie for second in three of his previous five appearances on the PGA Tour.

Max Home is also a leading chance this weekend, as he comes into this event in good form. He landed the Fortinet Championship on his previous outing, going 16-under with a total score of 272.

There could be value in opposing the top betting favorites this weekend. One player that we like is Cameron Davis. The Australian was one of the star performers in the Presidents Cup, and the course could play to his strengths this weekend. An each-way chance is also taken on Tom Hoge, who should come on after finishing in a tie for 12th in the Fortinet Championship last time out.