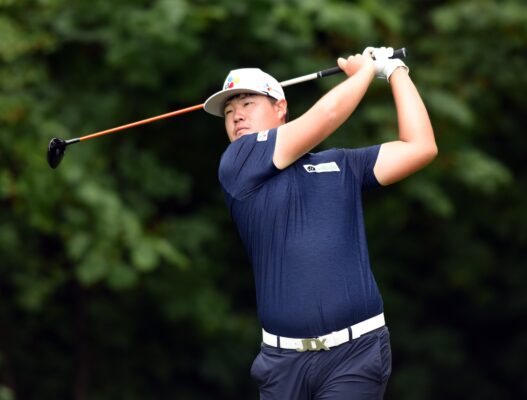 The CJ Cup is the PGA Tour action on the agenda this weekend. This year’s event will be held at the Congaree Golf Club, South Carolina. A purse of $10.5 million is available to players involved this weekend, with a field of 78 players set to compete. Last year, the event was won by Rory McIlroy, and he will be looking to successfully defend his title this year.

The CJ Cup has been a part of the PGA Tour schedule since its introduction in 2017. Since then, it has been staged at several different courses, including the Summit Club in 2021. However, this will be the first year that it will be staged at the Congaree Golf Club in South Carolina. This week’s course will see the field compete over 7,685 yards on a par 71. The stroke play event boasts a purse of $10.5 million.

Last year’s winner was Rory McIlroy, and the Northern Irishman holds the aggregate and par records at the event. McIlroy finished 25-under at the event last year, and recorded an aggregate score of 263. However, Justin Thomas is the only two-time winner of The CJ Cup.

It would be hard to dismiss the chances of McIlroy coming into the event this weekend, and he is a much more supportable price than in other PGA Tour events. His dominant success last year bolds well, but it is important to remember that this year’s competition will take place on a different course.

Scottie Scheffler is also an interesting contender on his return to the PGA Tour, as he finished in a tie for second on his previous appearance at the Tour Championship. Sung Jae Im is a player that merits respect coming into the event this weekend, as he has been in consistent form over recent weeks. Despite finishing down the leaderboard at the Zozo Championship, he still finished five under after scoring -4 on the final round.

Victor Hovland is certainly due a big prize, and he returned to action by finishing in a tie for fifth last weekend. He finished 12-under and would have been even closer had he gone better than -1 on the final round.

The CJ Cup Pick and Prediction

We will have two plays on The CJ Cup this weekend. Sahith Theegala produced an excellent performance last weekend, as he finished in a tie for fifth at the Zozo Championship, and he could build on that this weekend. However, our main play is on Collin Morikawa. He finished a shot behind McIlroy in the event last year, and while his form hasn’t been great over recent months, we are willing to take a chance on him bouncing back this weekend.