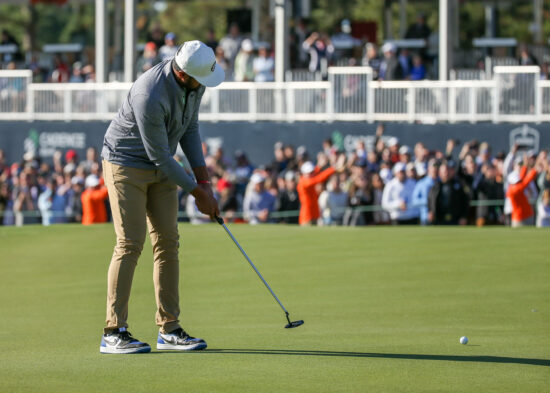 If you’re looking for the latest Hero World Challenge predictions and odds, then look no further than Vegas Odds.

PGA Tour action returns this weekend, as the Hero World Challenge sees the finest players on the tour in action in The Bahamas. This event has been staged since 2000, and a prize fund of $3.5 million is available. The stroke play event covers 7,414 yards and is played on a par 72 course.

The Hero World Challenge has been a regular fixture on the PGA Tour since its foundation in 2000. A field of the top 20 players on the PGA Tour will be in action this weekend, with proceeds from the event going towards the Tiger Woods Foundation. Despite the fact that FedEx Cup points aren’t on offer this weekend, it remains a standout early-season event.

The record score set at this event was recorded by Jordan Spieth in 2014, as he finished with an aggregate total of 262 and a par of -26. However, Tiger Woods is the most successful player in the history of the event, as he has won the Hero World Challenge on five occasions.

Cases can be made for a number of players this weekend. However, it is Jon Rahm that heads the betting. The former world number one won this event back in 2018, as he finished four shots clear of Tony Finau. Since then, he came close to landing a second victory, but he finished a shot back in 2019 when finishing as the runner-up to Henrik Stenson.

Viktor Hovland is another player that looks primed to go well this weekend. The Norwegian won the event in 2021, as he finished a shot clear of Scottie Scheffler. A value play that I’m very keen on is Collin Morikawa, who could be set for an excellent 2023 season after disappointing in large periods throughout 2022. His five finishes in the top five this year could bode well for an each-way play.

I was amazed that Tony Finau wasn’t at the top of the betting for this event. Few players are playing better in the world of golf at present, and he has started the new season in red-hot form. Finau has claimed three wins from his previous five starts, and has past experience at the event, having finished second in 2018. At +900, he is far too good to turn down.