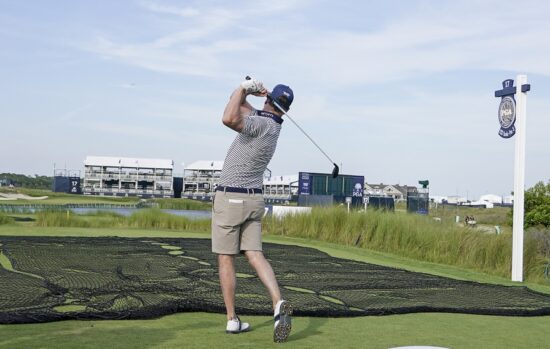 The PGA Championship is back to its May slot this season, returning to The Ocean Course at Kiawah Island after a nine-year hiatus. Rory McIlroy won the 2012 version, besting the field by a PGA Championship record eight strokes.

This week’s tournament marks the 103rd playing of the PGA Championship and marks the second major of the season in professional golf. The 156-man field is vying for an 11 million dollar purse and the coveted Wanamaker Trophy.

The Ocean Course was designed by the famous Pete and Alice Dye and is one of five courses at the Kiawah Island Resort. Playing as the longest venue in PGA Championship history, the par-72 stretches 7,876 yards along the Atlantic Ocean. The course is located approximately 30 miles southwest of Charleston, S.C.

The 2020 PGA Championship was postponed due to the COVID-19 pandemic and rescheduled for August once play resumed. Being showcased in August, the tournament was the first major played in over a year. It was also the first major to be played without any patrons.

Forty-nine of the top-50 in the world are teeing it up this week, with Matthew Wolff the lone player not participating. The PGA of America has a list of 12 criteria that must be met to qualify for the event. That list includes the top 20 finishers at the PGA Professionals Championship getting to tee it up with the top players in the world.

The 2021 Wells Fargo Champion Rory McIlroy returns to Kiawah in hopes of repeating his 2012 performance. We’ll also have our eyes on the current top player in the world and 2020 FedEx Cup champion Dustin Johnson who had to withdraw from last week’s AT&T Bryon Nelson with knee discomfort. Current FedEx leader and 2020 U.S. Open victor Bryson DeChambeau gets to test his driving power on the lengthy course.

Two-time PGA Champion Brooks Koepka tries to return to form after undergoing a knee procedure earlier this year. Koepka has never missed the cut in eight attempts at the PGA Championship. Hideki Matsuyama made his PGA Tour return last weekend after capturing the Masters in April. The 29-year-old finished T39 in his first appearance since putting on the green jacket.

Morikawa tries to defend his title and become just the third player to do so in history behind Koepka and Tiger Woods. The sixth-ranked player in the world hasn’t played since April but locked up his fourth PGA Tour victory back in February at the WGC-Workday Championship.

The field is stacked at the top with the world’s best, making it difficult to pinpoint a winner to hoist the Wanamaker Trophy on Sunday evening. McIlroy (11/1) is the Vegas favorite, given his history on this course and his victory at the Wells Fargo. Jordan Spieth is still searching for that final piece to the career grand slam and is a 14/1 favorite to do so.

Defending champ Morikawa has an excellent value at 28/1, and you can get a two-time PGA Champion at 45/1 (Koepka). You can grab recent major champions, Matsuyama at 33/1 and DeChambeau at (16/1).