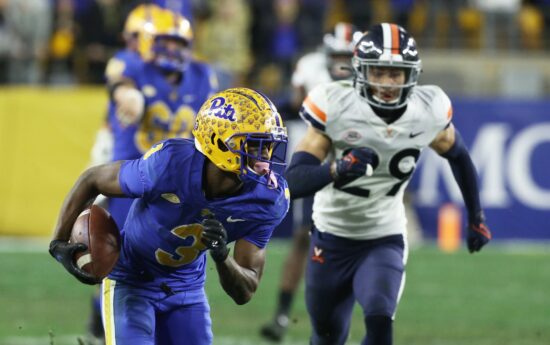 The Syracuse Orange host the final game in the Carrier Dome as the Pittsburgh Panthers come to town. The Orange have struggled against ranked opponents this season, and they desperately need this victory if they want to go to a bowl game. The Panthers on the other hand are using this game as a final tune-up before the ACC Championship game.

Pittsburgh is Ready For ACC Championship

The Pittsburgh Panthers truly have nothing to play for in this matchup, as they’ve already secured their place in the ACC Championship game. The only thing that the Panthers can truly play for is to keep Syracuse out of a bowl game.

The Pathers’ offense is averaging 43.9 points per game on 530.7 total yards per game. Those 530.7 total yards break down to 370.1 passing yards and 160.6 rushing yards per game. The Panthers’ offense is led by their senior quarterback, Kenny Pickett. Pickett has completed 286 of 426 pass attempts for 3,857 yards and while throwing thirty-six touchdowns and just six interceptions. To complement Pickett, the Panthers look to their sophomore running back Israel Abanikanda. Abanikanda has rushed for 580 yards on 109 attempts and has found the endzone five times this season.

The Syracuse Orange have struggled in their past two games, and have especially struggled against ranked opponents this season. If the Orange want to be guaranteed a bowl game this season, this is a must-win game for the Orange.

The Pittsburgh Panthers look to dominate this game early and possibly rest their starters to look ahead to the ACC Championship game. The Orange are looking to end strong and become bowl eligible. I’m looking for Pittsburgh to dominate this matchup and just prove to be too much for the Orange.