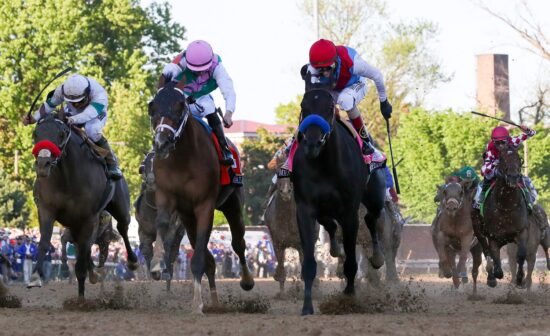 *Update: Medina Spirit’s place in this year’s race is currently in question after reports of a failed drug test in a previous outing.

The Preakness Stakes is one of the most revered races to take place in the United States. The Grade 1 takes place annually as the second leg of the Triple Crown series, just three weeks before the Belmont Stakes. Horses involved must cover a distance of 1 3/16 miles, with colts, geldings, and fillies that are aged three able to enter.

The quickest win in the Preakness Stakes over its current distance was set by Secretariat in 1973. Meanwhile, Smarty Jones was the most dominant winner, as he won by eleven and a half lengths in 2004. Eddie Arcaro is the most successful jockey, as he has recorded six wins, while Bob Baffert and R. Wyndham Walden are tied for most wins by a trainer, as both have recorded seven victories. There have been six filly winners of the Preakness Stakes, with Swiss Skydiver’s victory last year making her the most recent horse to achieve the feat.

The betting for the Preakness Stakes could be set to change drastically over the coming days, depending on the stance that officials want to make following the positive drug test recorded by Medina Spirit after the Kentucky Derby. Bob Baffert has been suspended from racing at Churchill Downs, and should Preakness officials make the same stand, then Medina Spirit and Concert Tour will both be pulled from this weekend’s race.

Out of the two, the preference would be for Medina Spirit if they are able to compete. He was excellent in the Kentucky Derby two weeks ago, and he could be spurred on racing against his stablemate. However, the prices of the field will shorten should the Baffert duo be ruled out of contention. O Besos was a commendable fifth in the Kentucky Derby, and could run well in the Preakness. Meanwhile, Risk Taking could improve after missing the race at Churchill Downs, and has already won the Withers Stakes this season.

The next couple of days will be huge when it comes to the horse that will win the Preakness Stakes. If Baffert is able to enter horses, then we would side with Medina Spirit. However, each-way value could be made on Midnight Bourbon, who has finished in the top three in all but one of his runs.

He was third behind Kentucky Derby runner-up Mandaloun in the Risen Star Stakes earlier in the season, and second behind Hot Rod Charlie in the Louisiana Derby. Both runs were strong, and he could be decent value at a bigger price.