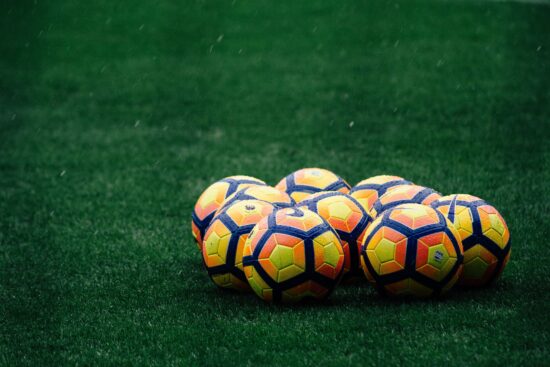 The start of another Premier League season is upon us, with nine months of enthralling action and drama at both ends of the English top-flight set to capture the imagination. This will be a Premier League campaign unlike any before, as the season will pause in November due to the 2022 World Cup. Below, you can find our expert picks for the Premier League 2022-23 outright markets this year.

Manchester City is the clear favorite in the betting to successfully win a fifth league title under the reign of Pep Guardiola. There have been departures from the side this summer, with Gabriel Jesus and Raheem Sterling both leaving the Etihad. But, that hardly takes much away from their forward line, which still includes Phil Foden, Riyad Mahrez, and Jack Grealish.

Significantly, City has added certain goals for the coming season with the capture of Erling Haaland from Borussia Dortmund. Haaland’s arrival could be the difference in the Champions League this term, but it also ensures that a second straight title could be a formality if he settles straight into life at the Etihad.

Liverpool is the second choice in the betting, but I have reservations surrounding their chances this term following the departure of Sadio Mane. The Senegalese was replaced by Darwin Nunez, who joined in a big deal following an excellent season in 2021-22. However, whether he has what it takes to fill the void left by Mane is certainly up for debate.

I would suggest that Tottenham Hotspur, led by Antonio Conte, may actually be City’s biggest threat. Harry Kane will remain at Spurs, while they have added depth with the signings of Richarlison, Ivan Perisic, and Yves Bissouma. Conte is a natural winner, and he certainly looks to be building something very exciting for Spurs fans.

This season, the race for Champions League places looks extremely open, with little separating the top six in the betting. Manchester City looks certain to finish in the top four this season, while Tottenham, as my pick to finish second, will join them.

However, with my reservations surrounding Liverpool, I’d be keen to follow my hot take and not include them in my pick. Chelsea still needs defenders if they are to improve, as the departure of Antonio Rudiger has left a big hold in their backline. However, one thing is for certain, there are goals in that Blues frontline, and the addition of Sterling certainly improves them immeasurably.

Manchester United and Arsenal could find themselves battling for fourth. The Gunners have signed Gabriel Jesus and Oleksandr Zinchenko from City, which likely says more about the Etihad club not seeing the Gunners as much of a threat. Jesus could be key to their chances, but the fact that he excelled from the wing as opposed to through the middle last term could be a concern.

A chance could be taken on United, but the potential addition of Frenkie de Jong could be key to their chances. The Red Devils already look a much fitter unit under Erik ten Hag, and maintaining the pros that we have seen in pre-season to this point could hint at some value in the betting.

The race for the golden boot will be intriguing this season following the arrival of Haaland. The 22-year-old scored 22 goals in 24 Bundesliga games last season and scored 62 in 67 across three seasons for Dortmund. How he fits into life at City will be key, but his injury record also means that there could be better value elsewhere.

Mohamed Salah will be looking for a record-equaling fourth Golden Boot this season after winning a third last season following his 23-goal haul. It’s hard to discount the Egyptian, as he will likely have a much more important role this term following the departure of Mane.

However, the preference is for Harry Kane. If Tottenham are going to get near to City this term, then the England captain will need to be prolific. The 28-year-old scored 17 goals in 37 games last season after starting slowly, but he has netted at least 20 in six of the eight campaigns since he burst onto the scene in 2014.

The odds only highlight how tense the battle to stay in the Premier League looks set to be this season. Out of the three promoted sides, I would expect Bournemouth to struggle the most, as they haven’t strengthened with quality as much as Fulham and Nottingham Forest.

However, the close finish last season hardly removes Leeds and Everton from the equation. I’d worry for Leeds this season after the departures of key players Raphinha, and Kelvin Phillips will leave gaping holes in the team that had excelled since returning to the Premier League. Brentford also enter the conversation this term, as they were only saved from their free-fall last term with Christian Eriksen’s arrival. They could suffer from the second-season syndrome in the same fashion as Sheffield United a couple of years ago.

Southampton will be there too after they finished the previous campaign in poor form. However, in Ralph Hassenhuttl, they have an excellent manager that can get the best from his young squad. The one side that I can really see struggling this term is Wolves.

The pressure was piled on Bruno Lage towards the end of the campaign, and there has been limited movement in the market. Goals are something that the side from the Black Country struggles for, and there is no indication that a new forward will be arriving this summer. Young talent Morgan Gibbs-White also wants a move away, while the club could yet lose influential midfielder, Ruben Neves.

We at VegasOdds have an excellent selection of sports betting tipsters, especially when it comes to soccer. Below, you can see how the team predicts some of the key Premier League markets for the forthcoming season.