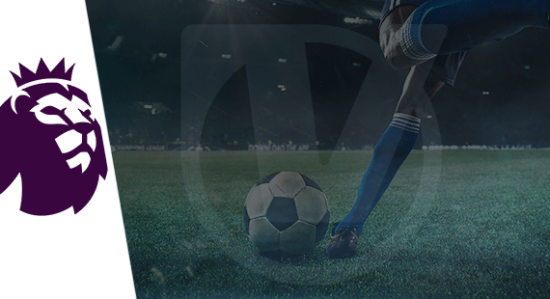 As this is your chance to do some Premier League betting until the start of the next season in August, we’re going to help you make the most of it. What we’re going to do is share our predictions for all of the games of the EPL final round.

Pep Guardiola’s men are sitting at the top of the table ahead of the final day of the Premier League. The trouble is that they got just one point more than Liverpool, meaning that anything but a win over Aston Villa could cost them the title.

The good news for Manchester City is that they know how to beat Aston Villa. The proof is that they did it in nine of their previous 10 duels in all competitions. Further, their record against Aston Villa at home is 16-1-0 in the last 15 years.

We think Manchester City will win on Sunday but so do top soccer sportsbooks who are giving extremely short odds (-555). To get a better value, our advice is to bet that Man City will get a big win on Sunday. After all, these guys won each of their previous three EPL games by four goals or more.

The Reds are just one point behind Manchester City, meaning that there’s still a chance they might win the title. Vegas odds, however, suggest otherwise – the odds of Liverpool winning the EPL title are +500.

The reason why the odds are so long is that in order to get ahold of the second title since the establishment of the Premier League, Liverpool would need to beat Wolverhampton Wanderers, as well as see Manchester City lose or play a draw with Aston Villa.

It’s not very likely that Manchester City will fail, but Liverpool have no other option but to hope for the best. That said, you can be certain they’re going to defeat Wolves at Anfield.

In the final round of the season, Chelsea is playing against one of the worst teams in the league. The team in question is Watford, which will play in the Championship next season.

To spice things up, we advise you to bet on goals. Since December, Chelsea hasn’t scored more than two home goals in the Prem. The final round seems like an ideal opportunity for them to change it.

Tottenham Hotspur is determined to get a top 4 finish which would get them a place in the Champions League next season. Ahead of the Premier League final round, they are in the #4 position in the standings, but Arsenal is just two points behind.

The good news is that the Spurs have a better score differential than Arsenal, meaning that even if the two end up on level points, Tottenham would finish higher.

Of course, The Spurs won’t have to worry about the score differential if they beat Norwich on Sunday. If you’re wondering if they can do it, the answer is yes – Norwich is the worst team in the Prem.

Arsenal’s fairytale was nearly complete, but they failed miserably. The Gunners lost their previous two EPL games, dropping out of the top 4. To get back there, they need a miracle – they need to see Tottenham lose to Norwich.

On top of that, they also need to beat Everton on Sunday. That shouldn’t be too much of a problem as Frank Lampard’s men are in a celebratory mood after beating Crystal Palace 3-2 on Thursday. The win meant that they’ve secured a spot in the Premier League next season.

The last game with Ralf Rangnick at the helm of Manchester United will be played in London, on Crystal Palace’s turf. The Red Devils are favored to win, but the same was the case in their previous game which they ended up losing.

The game in question is the one against Brighton in which Manchester United was a +129 favorite – the same as in Sunday’s game. Despite that, the Seagulls obliterated them 4-0.

This time, we’ll probably see Manchester United perform better, although we could see Crystal Palace fight back. That said, the best betting option might be to focus on goals.

Leapfrogging Manchester United is good enough of a motivation for them to give their utmost on Sunday. However, beating Brighton at Amex Stadium isn’t going to be easy. Still, we believe West Ham can pull it off.

The game doesn’t mean much for the teams involved. Whatever happens, Leicester City will stay in the middle of the table. When it comes to Southampton, the worst thing that can happen is that they drop one spot down.

Still, this doesn’t mean their clash isn’t going to be an entertaining game. On the contrary, their duels usually are. For instance, we saw goals in each of their previous nine meetings, while one of those saw Leicester City win 9-0.

This is the match that will decide whether Burnley stays in the Premier League. They are currently one spot above the relegation zone with the same number of points as Leeds who are just behind. The reason why they’re higher in the standings is a better score differential.

Leeds needs a win in the final round of the Premier League, although that doesn’t mean they’re going to stay up. Still, that’s not their main worry. The biggest problem for this team is that they don’t know about a win in five rounds.

Further, they’re taking on a tough opponent on Sunday. Brentford is a team that’s been in a pretty decent run lately with three wins in the previous five rounds.