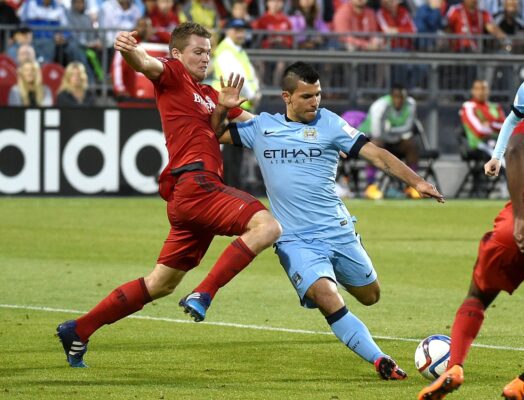 Manchester City keeps on defeating the rivals, with the latest win coming in the Champions League against Dortmund, 2-1. Even though Sky-Blues posted a victory, they weren’t impressive as expected, but in the end, it was a routine triumph for the, let’s say it anyway, new Premiership champions.

On the other side, Leeds is solid with two wins in a row, providing appealing and attractive performances for their fans. They are in the middle of the standings, with a secured relegation.

Keeping the Pace for the UCL

That is the only thing Guardiola wants here, to keep his players sharp and warm for the UEFA Champions League. They have a game in Dortmund in less than a week and have to take care of the same with the utmost focus and precision because Borussia can be nasty at some points.

Overall, the Citizens are fantastic, having just one loss in the recent 28 matches, with 27 victories posted besides that. They have been a bit reckless at home when it comes to defense, conceding in all but one of the last six events. However, the attack has been great, covering up all those slips.

We can expect to see Manchester’s lineup a bit mixed because there is no reason for Guardiola to risk injuring his most prominent players.

The Peacocks Playing Without Pressure

The English Premier League status has been pretty much secured, and Leeds’ players can play the remaining eight games without any pressure. Marcelo Bielsa’s side has an appealing style of play, offensive-minded and their matches often bring lots of goals.

However, in the recent ten matches, the Peacocks have five losses, four wins, and one draw, and they did look mediocre at certain points. But what gives hope to their fans is the fact that they haven’t lost in three straight, winning the previous two events.

Leeds played 0-0 against Chelsea, defeating both Fulham and Sheffield United with the same result after that, 2-1.

The match at Elland Road ended 1-1. Sterling scored for City, and Rodrigo leveled the result. Believe it or not, that was one of the games in which City ended up being an inferior side.

Who wins the Manchester City vs Leeds game on Saturday:

The hosts won’t be keen on spending too much of their energy in this game, but even with that on their mind, Leeds won’t present a big problem for Guardiola’s side.

The Citizens are much better and have a little motive to show the Peacocks that their domination at Elland was just a lucky day. We expect to see the home team beating Leeds by at least two goals. Odds for that are solid, -120.