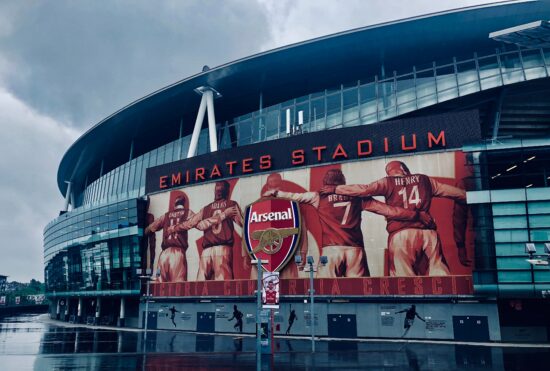 Photo by @Denilo on Unsplash

Arsenal vs Liverpool is arguably the most interesting matchup of 2022-23 Premier League Matchday 10. The Gunners are sitting at the top of the EPL table with 21 points after eight games (7-0-1 record), while the Merseyside Reds are in the #9 position with just 10 points (2-4-1).

The reason why their standings are surprising is that before the start of the season, Liverpool was second in the list of favorites to win the Prem. If they wish to keep that dream alive, Jurgen Klopp’s men need to start playing better ASAP.

After tying 3-3 with Brighton at home in the previous round, a win on Sunday is a must for Liverpool. Unfortunately for the Reds, beating Arsenal in London is going to be very difficult, especially knowing that the Gunners are coming off a big 3-1 win over Tottenham in the previous round.

Arenal started the season in top gear, going 5-0 at first before finally losing to Manchester United. The fact that the Gunners didn’t play against very tough opponents in the opening five rounds made people wonder if they’re good enough to win points against big teams. This theory became even more discussed when they lost 3-1 to the Red Devils.

However, after the loss, they beat tricky Brentford 3-0 on the road. Still, they put on their most impressive performance of the season in the previous round when they defeated the Spurs 3-1.

Tottenham did play with only 10 players on the pitch after Emerson Royal got a red card, but when that happened, Arsenal were already 2-1 up. The Gunners won the North London Derby deservedly as they were the superior side from the start until the end.

Beating their city rivals has certainly given them a huge boost of confidence, but the question is can they keep their good run going? On Sunday, they’re welcoming Liverpool, a team that’s desperate for a win.

The Reds aren’t doing great in the Premier League this season. They currently have only 10 points after seven games. After a dreadful start with two draws and a loss, they won two straight games. First, they got a 9-0 blowout win over AFC Bournemouth; then, they defeated Newcastle 2-1.

That made soccer fans think everything was in order and the Reds are back to their winning ways. However, they failed to beat Everyone in the Merseyside Derby, followed by a draw with Brighton at Anfield.

Against Everton, it’s Liverpool’s offense that should take the blame. They failed to score a single goal despite creating 23 goal chances. In the game with Brighton, it’s their defense that ruined everything for them, allowing three goals from six goal attempts by the opposition.

Liverpool need to start winning again as soon as possible. Beating Arsenal in London isn’t going to be easy, but they’ve done it before. In fact, the Reds have a fantastic record against this opponent, especially since Jurgen Klopp took charge of the team back in 2015.

With him as the Liverpool manager, the Reds are 9-3-1 against the Gunners in the Premier League. Can they add a tenth win to the list? We think they might. Top soccer bookmakers don’t agree with us, but that only means one thing – they’re giving amazing Vegas odds on Liverpool!