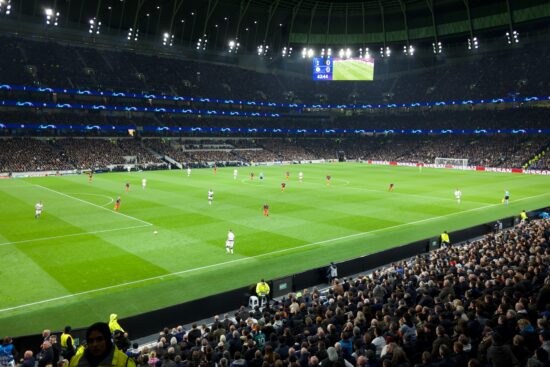 Image via @timmybech on Unsplash

If you’re looking for some Premier League picks, look no further – Vegas Odds has you covered!

However, as untimely and as significant as the Queen’s passing is, life must go on, and consequently, this weekend will see the return of England’s top soccer division – well, at least for 14 of the league’s 20 teams. Due to a lack of police officers, Manchester United’s game against Leeds United has been postponed, as has Chelsea’s game against Liverpool. Crystal Palace vs. Brighton has also been called off.

Nevertheless, in this article, we will look at each game scheduled to take place this weekend and include our Premier League picks for each one… Enjoy!

Having won just one of their first six games, Aston Villa will be desperate for a victory against Southampton.

Ralph Hasenhuttl’s Saints are in enduring an inconsistent spell though. Despite losing to Manchester United at the end of last month, the team from England’s south coast then shocked the soccer world by beating Chelsea. However, undoing all of their hard work, Southampton then suffered a one-nil defeat against Wolves.

Eager to get back to winning ways, it is very possible that the Saints take all three points on Friday afternoon, but we think given both teams’ patchy form, the safest bet is to back both teams to hit the back of the net.

Despite signing 21 new players this summer, Nottingham Forest are one place off the bottom of the table.

Having won just one game in their first six, manager Steve Cooper finds himself under some early pressure, and unfortunately for the 42-year-old, things are unlikely to get any easier this weekend.

Unbeaten in their last three Premier League games, now is not the ideal time for any team to play Wolves.

However, for Pep Guardiola’s Manchester City, who are arguably the best club team in the world, they will not be phased by the prospect of traveling to Molineux Stadium.

While we won’t completely rule out a huge upset, given the fact he has already hit double figures from just six matches, striker Erling Haaland scoring at least one goal is as close to a sure bet as they come, so for that reason, the Norweigan is being included in our weekend Premier League picks.

Taking points off champions Manchester City is already something Newcastle United have achieved this season and desperately unlucky not to have salvaged a point against Jurgen Klopp’s Liverpool, Eddie Howe is undoubtedly doing an excellent job with the Magpies.

Bournemouth, on the other hand, are still trying to comeback from a nine-nil thrashing against Liverpool last month.

Unfortunately, for the Cherries, given the fact this weekend’s opponents have the more technically gifted squad, as well as the fact they’re playing at home, we see no other outcome other than a Newcastle United win.

Dark horses for the Premier League title, Tottenham Hotspur are just one of two teams to remain unbeaten during the first six games of the new 2022-23 season.

Leicester City, on the other hand, are enduring one of their worst ever starts.

Winless so far this campaign, manager Brendan Rodgers will know that if this trend continues, he is almost certain to be the third manager to be shown the exit door. Sadly for the Irishman, Antonio Conte’s Spurs are just too good, so we see no other possible outcome other than another win for the home team.

Brentford are a solid team and if Arsenal had not had an extra week off to prepare for this weekend’s clash, we may have backed the draw.

However, following a prolonged rest, the Gunners should come into Sunday morning’s matchup fully fit and firing, and man-for-man, there is no questioning that Mikel Arteta’s Arsenal are the better of the two outfits.

Neither of these sides are performing particularly well during the early stages of the new 2022-23 season.

Taking into consideration both teams’ lack of efficiency in front of goal, as well as some questionable defending at times, we will avoid picking an outright winner and instead back goals being scored at both ends.