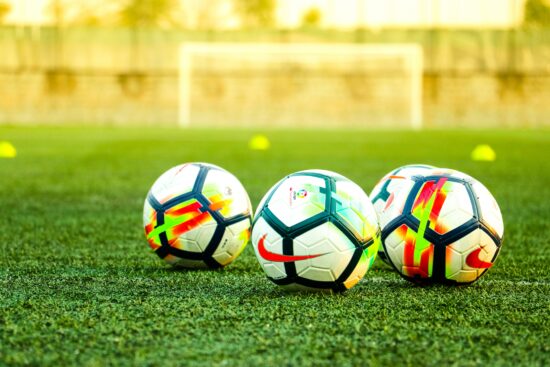 Image via @travelnomades on Unsplash

As the second week of the 2022-23 soccer season approaches, we are going to give our Premier League predictions.

The new round gets underway on Saturday, with its final game scheduled for Monday. Some of those games are supposed to be real barnburners, most notably the one between Chelsea and Tottenham on Sunday.

Fun is guaranteed for Premier League fans, but what about bettors? We think there’s a lot of money to be made in the EPL Matchday 2, which is why we’ve decided to cover all 10 matchups, sharing our top Premier League predictions along the way.

Both teams have zero points after one round of the Premier League, but it’s Aston Villa that should be worried more. It’s because the Villans lost to the EPL newcomers AFC Bournemouth in round 1. It was 2-0 for the team that was a +300 pre-game underdog.

Aston Villa need to do way better in Matchday 2, but the trouble is that this Saturday, they’re locking horns with an even stronger opponent. The team in question is Everton, which did struggle last season, but which definitely has plenty of talent on its roster.

It’s not going to be easy, but Aston Villa have no other option but to go out and try to grab all three points. It’s going to be hard, but we have faith in these guys.

After a 2-0 win on the road against Crystal Palace, Arsenal are coming home to Emirates Stadium in London. That’s where they usually play great, especially when their opponents are the Foxes from Leicester – Arsenal have lost just one game to Leicester City since the 1990s.

This is not going to be a walk in the park for the Gunners, but we can see them win all three points on Saturday.

On Matchday 1, Brighton beat Manchester United 2-1 at Old Trafford. It was the biggest upset of the whole round, considering that the Seagulls were +550 underdogs before the kickoff.

What happened that day is that Pascal Groß took advantage of Man United’s sloppy defending twice in the first half. The Red Devils did try to fight back, especially in the second half, but Brighton’s defense did a fine job.

Can they do something similar against Newcastle on Saturday? Probably not as the Magpies are going to take this game very seriously. They’re coming to South Coast with the main goal of not losing the game. That said, a draw would suit them just fine.

The reigning Premier League champions are the biggest favorites of the round, with the odds as short as -1667.

There are many reasons why that is the case, starting with the fact that they got the most expensive roster in the Prem, while next opponent is almost on the opposite end of the spectrum – Bournemouth’s squad is second from the bottom when player value is concerned.

Another reason why soccer bookmakers expect an easy win for Manchester City is that the game is played on their turf. Etihad Stadium is the place where Pep Guardiola’s men went 15-2-2 (47 points) last season, scoring 58 goals and conceding just 15 in 19 home games.

Southampton was the team to suffer the heaviest defeat on Matchday 1. The Saints lost to Tottenham Hotspur 4-1 in London. Truth be told, everyone expected to see something like that happen. It’s just that Southampton’s players aren’t as good as those playing for Tottenham.

This time, however, Southampton is taking on an opponent they seem capable of beating. In fact, the Saints did beat Leeds the last time they met at St. Mary’s Stadium. Still, it wasn’t a dominant win – they won 1-0 thanks to the goal scored by Armando Broja, who’s now playing for Chelsea.

Actually, it’s not just him. His entire team had a bad experience with Wolves. In the top English flight, they are 0-1-3 against Wolves. They did beat them once in the Championship, but what’s interesting is that they’re without a single win over this team in games played in Wolverhampton.

Erik ten Hag’s reign at Manchester United started with a shocking loss, and it’s now up to the Red Devils to try to bounce back. In the second round of the Prem, they’re taking on Brentford, a team they beat both times last season.

Can they do it again? Definitely.

Not only do they have the manpower to pull it off, but they also have the motivation to do so. Failing to win two times in a row against mediocre opponents is something that just mustn’t happen to such a big club as Man United.

Nottingham Forest started their Premier League adventure with a 2-0 loss to Newcastle last weekend. It was an expected loss, considering that Tricky Trees have the least valuable squad in the Prem. Oddsmakers expect them to lose again, this time, to West Ham.

Obviously, West Ham needs to be thought of as the favorites, but the thing is that this is going to be the first time in the 21st century that Nottingham Forest are playing a Premier League game on their turf. That said, you can be sure that each of their players is going to give his utmost on the pitch. Still, that probably isn’t going to be enough to win them points.

The biggest game of Matchday 2 is a London Derby. It might not be the biggest derby from England’s capital, but both Chelsea and Tottenham look amazing in the 2022-23 season. Both started their campaign with a win – Chelsea beat Everton 1-0 on the road; Tottenham destroyed Southampton 4-1 at home.

Chelsea won each of the previous three duels with Tottenham, but this time, we could see a whole different story. The thing is that things look different in Chelsea’s squad now, especially in the attacking department.

The Blues are without a classic striker, with Romelu Lukaku returning to Italy and Timo Werner moving back to RB Leipzig.

Meanwhile, Tottenham have made their roster even stronger over the last couple of months, while also keeping the core of their team intact.

Fulham messed up Jurgen Klopp’s plans in the first round, but the Reds from Liverpool have a brilliant chance to prove that the 2-2 draw was nothing but a glitch. On Monday, they’re welcoming Crystal Palace at Anfield, the place where they beat this opponent every single time in the previous five games.

Oddsmakers think they’re going to do it again, giving just -500 on Liverpool. It seems that the real question in this game isn’t who’s going to win, but whether it’s going to be a blowout win for Liverpool? We think it’s going to.