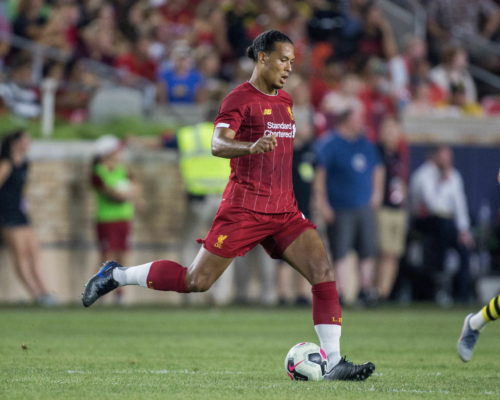 The third round of Premier League predictions for the new season are finally here, and we will go through all ten top-flight English fixtures for the weekend ahead below. It promises to be an important round of matches, with the headline fixture taking place on Monday, as Liverpool travel to Old Trafford to take on Manchester United.

Tottenham will be looking to build on their dramatic last-minute equalizer against Chelsea last weekend, and pick up a tenth league win from their previous 14 games. However, Wolves have a solid record away from home against Spurs, as they have won four of the previous seven.

But, the Midlands side are winless in their previous nine and have looked lackluster in front of goal to this point. We could see a Spurs win, with Harry Kane getting himself on the scoresheet.

It may be slightly too early to call this a relegation six-pointer, but the pressure will be on Frank Lampard’s side after two defeats in the previous two games.

As for Forest, they recorded a first win on their return to the Premier League against West Ham United last weekend, and have wasted little time in making more signings, with an additional two players coming through the door at the City Ground. Forest have won twice at Goodison Park in the Premier League era, and a third this weekend could put immense pressure on the Toffees.

All is not well behind the scenes at the King Power, as the Foxes are fighting hard to keep hold of their best players.

However, this could be a good opportunity for them to get a first league win of the season, as they are unbeaten in four against the Saints, while Southampton have picked up just a single Premier League win from their previous 14.

Fulham may not have picked up a win so far this season, but they are gaining a lot of support from neutrals. Brentford was certainly the neutral pick last weekend, as they famously hammered Manchester United 4-0.

This is the first meeting between the sides in the top-flight, while ten of the previous 19 in all competitions have ended in draws. That trend could continue on Saturday, with both teams scoring in a draw.

It hasn’t been the start to the season that Steven Gerrard would have been hoping for, as he has already lost new recruit Diego Carlos to a season-ending injury. Palace picked up a first point of the new season at Anfield on Monday, and looked increasingly likely to add a second on the counter-attack.

However, the Eagles have picked up just four points from five league fixtures against Villa, while the Midlands side has lost 16 of their previous 22 fixtures in London. The draw could be enough to keep both managers appeased.

Arsenal will be looking to move to the top of the Premier League standings on Saturday, and also win their first three league games at the start of a campaign for the first time since 2004-05.

The Gunners have an excellent record against the Cherries, as they have won 75% of the meetings. Bournemouth’s unbeaten home record, which currently stands at eleven games, looks to be ending.

There may be some nerves around the London Stadium on Sunday, as West Ham are still waiting for their first point of the new season. Brighton will be happy enough with their start, having taken four points from a possible six available.

Despite hammering Manchester United on the opening day, the Seagulls looked short of ideas in the final third last weekend against Newcastle. We’d expect to see West Ham’s wait for a win come to an end on Sunday.

The most entertaining game of the weekend may come from Elland Road, as Chelsea and Leeds clash. Leeds has quietly enjoyed a very solid start to the season, picking up a win and a draw.

They could be the entertainers this term, scoring four and conceding three in their first two fixtures. Chelsea’s quality is clear for all to see, but it is important that they bounce back from their 2-2 draw last weekend. This match could be filled with goals, and over 3.5 goals could be an interesting selection.

Manchester City has made a formidable start to the new season, winning both of their opening fixtures and scoring six goals without conceding. Newcastle are also unbeaten in two, and are yet to concede.

However, City’s record in this fixture is staggering, as they have won the previous six in all competitions, scoring 22 in the process.

This weekend’s big game takes place on Monday, as Manchester United look for at least a positive performance against their biggest rivals, Liverpool. The Red Devils have lost their opening two league fixtures, conceding seven goals in the process. They currently sit bottom of the league for the first time since 1992.

Liverpool have only fared slightly better, as they have drawn their first two league games. Conceding goals has been their issue, as they have allowed three already from fixtures against Crystal Palace and Fulham. However, many will be looking for the biggest spread that they can find on Monday, as another mauling could be coming United’s way, and it may be worse than last season’s 5-0 humiliation.