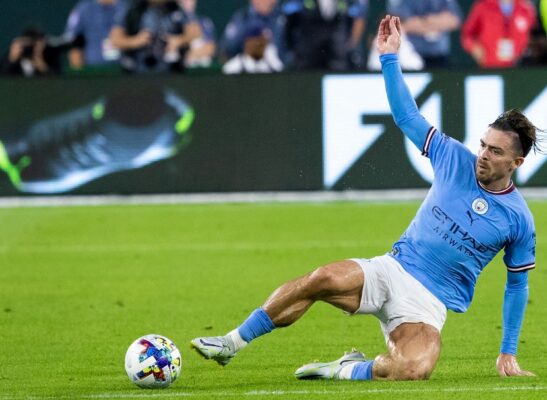 Before we start… If you’re in search of some Premier League predictions ahead of matchday 5, look no further, Vegas Odds has you covered, and after landing nine out of 10 picks (yes, you read that right!) last weekend, you’d be a fool to miss out!

Following matchday 4, which saw a whole host of goals scored, the Premier League is set to return for 10-midweek fixtures.

Crystal Palace hosting Brentford will kick the action off on Tuesday afternoon with another three games set to take place before fans prepare for a mouth-watering London derby between West Ham United and Tottenham Hotspur on Wednesday.

The only game of the day on Thursday is set to be between Leicester City and Manchester United.

So without further ado, let’s take a closer look at all the games happening later this week.

Neither of these teams picked up a win in their last outing, so both sides will be looking to bounce straight back this week.

Having scored six goals in their first four matches, Crystal Palace have been one of the league’s top-scoring teams, and they’ll probably need at least two to get the better of Brentford.

Given Brentford’s resilent nature and their clinical approach to attacking, seeing goals at either end is a real possibility.

Graham Potter’s Brighton and Hove Albion are one of the most in-form teams in England.

Currently sitting fourth in the league table, the Seagulls have taken 10 points from a possible 12.

On the other hand, Fulham are not playing badly, but their inexperience being back in the big time will hand Potter’s side, who know how to close out games, a huge advantage.

Chelsea are still finding their feet after a summer of heavy recruitment and Tuesday’s game against Southampton should provide them with a great opportunity to rack up three points.

The Saints have not started the season well – they have lost 50% of their matches so far and considering they have not beaten Chelsea in their last five meetings, it is really hard not to back the boys in blue again.

Everton are under huge pressure. Frank Lampard’s Blues have not won a game yet this season. Leeds United, on the other hand, are up the other end of the table after taking seven points from their opening four games.

Not only will Everton need to turn up and play their best against Leeds United, but they’ll also have to do it while playing away at the Whites’ notoriously hostile home stadium, Elland Road.

It really won’t be easy and while we do expect to see an exciting match, given their poor form, it is hard to back Everton.

*Consider playing it safer and just backing both teams to score*

Wolves came within touching distance of beating Newcastle United last weekend had it not have been for an absolutely stunning, albeit very late, equalizer from Allan Saint-Maximin.

Nevertheless, onto the next one, and Wolves manager, Bruno Lage, will be licking his lips at the prospect of playing Bournemouth.

The Cherries were obliterated 9-0 against Liverpool on Saturday and even though they’ll be looking to respond well, Wolves’ technical ability, particularly in midfield, should be enough to hand Bournemouth back-to-back losses.

Nottingham Forest are an exciting team to watch and even though they lost 2-0 against Tottenham Hotspur on Sunday, the result wasn’t an accurate reflection of the hard work they put in.

Despite being 2-0 down against Crystal Palace last weekend, Manchester City, with the help of striker Erling Haaland, came back in emphatic fashion to win the game 4-2.

Looking to extend their unbeaten run and pile the pressure on leaders Arsenal, Pep Guardiola’s Citizens will be almost impossible to stop this week.

Steven Gerrard is a leading candidate to be the first manager sacked this season.

Having lost three and drawn just one, the Villians have endured an awful start to the season, and unfortunately for Gerrard, it won’t get any easier this week as they prepare to face league leaders Arsenal.

The only team to win all of their first four games, Mikel Arteta’s Gunners are gunning to extend their 100 percent record, and we believe, given their form, as well as the momentum they have created, there is no market to back other than an Arsenal victory.

After picking up their first three points of the season, the Hammers’ confidence will be high but it is going to be really tough trying to stop the likes of Richarlison, Dejan Kulusevski, and leading club goalscorer Harry Kane.

While we do expect goals, we also think there will be a lot of disciplinary offenses. Not only are these teams both really physical, but this match is set to be refereed by Peter Bankes.

Bankes is one of the league’s most prolific card-givers. He averages a massive 4.67 yellow cards per game, so it makes sense to back the bookings.

When it comes to which players are most likely to be carded, the important thing to remember here is how each team is likely to play.

Tottenham Hotspur, if they opt to drop Son in favor of Richarlison, are likely to focus a lot of their attacks down West Ham United’s right-hand side, and that would mean that full-back Vladimir Coufal will be in for a really busy night.

Liverpool will host Newcastle United off the back of a record-equaling 9-0 thrashing over Bournemouth.

Jurgen Klopp, whose Reds had started slowly, look to finally be finding their form but Newcastle United are no easy push-overs.

Eddie Howe’s Magpies are in great form and have still yet to be beaten.

Given both sides’ appetite to win, we believe the safest market to back is both teams finding the back of the net.

Despite losing their first two matches, the Red Devils are beginning to find their form.

Having just secured back-to-back wins, it is going to be really hard for the Foxes to improve on their single-point tally.