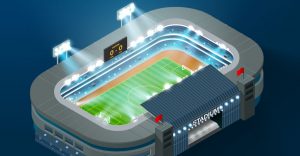 The French team lost the finals against Bayern Munich in the last UCL edition, but that won’t discourage them from trying to win the most prominent club competition in the world. On the other side, United is still struggling, and the Reds Devils aren’t a shadow of the team which harassed the entire continent under Sir Alex Ferguson’s command. Though, the last time these two sides met, United made a spectacular comeback to eliminate PSG from the Champions League.

Where, When, and How to Watch PSG vs. Manchester Untied

PSG Ready For Another Try

The Saints were disappointed following a loss in the finals, but they won’t surrender as we said it already. PSG didn’t change its roster too much, adding several players who won’t immediately become the leaders, but will add a certain quality to the team.

PSG won’t have any particular troubles in the domestic championship, where they present the undisputed rulers, and have no competition at all.

With Neymar and Mbappe upfront, this unit has one of the most potent attacks in the world, and it is normal to expect high efficiency each time they appear on the field. When playing at home, the Saints are pretty much ruthless, regardless of the opponent on the other side.

United’s head coach is facing a lot of troubles, but not they are not only on but off the pitch. Following a 1-6 loss at home to Tottenham, the fans attacked the Norwegian manager demanding either radical changes or his resignation.

After more than a year on the bench, United hasn’t improved, despite numerous players added and hundreds of millions of euros spent. Furthermore, after losing to Tottenham, he bought several more players continuing his costly policy.

Manchester often relies upon counter-attacks, using Rashford and Martial in making a fast transition, but in the game, when they need to dictate the tempo and attack, the Red Devils have lots of problems.

The last time these two sides met was in 2018, and back then, Solskjaer amazed the world, erasing a 0-2 deficit from Old Trafford and beating PSG 1-3 in Paris.

Rashford’s penalty in the fourth minute of stoppage time sent United in the next round, while earning Solskjaer a contract, after which United’s performances significantly dropped that year.

With the current morale in and around United’s locker room, we would be very surprised to see them winning this match, or even getting out with a draw. The bookies know that well enough, which is why they put such high odds on their victory.

Our suggestion is to bet on the hosts, who are a better team overall, as they have more superstars and better chemistry on the field. Odds might not be exhilarating, but at least they are safe.