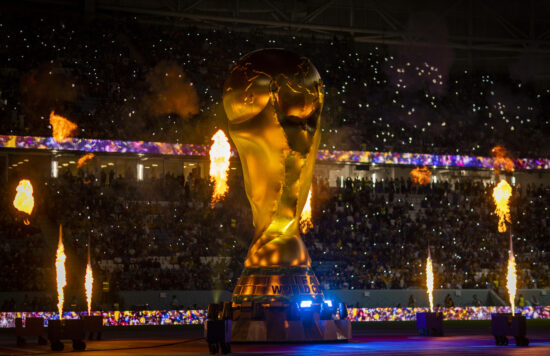 The countdown to the start of the FIFA World Cup 2022 in Qatar is edging closer, as the world’s best players will represent their national sides with the goal of winning the most prestigious prize in world soccer. Here, you can find the latest Vegas Odds for the Qatar World Cup 2022.

It has been 20 years since Brazil last won the FIFA World Cup, and there is a growing feeling that this will be the nation’s opportunity to end that dry spell. It could be the final World Cup where the Brazilian national team could call upon PSG ace Neymar, as the attacker has already teased that he may not represent the nation in four years’ time.

Brazil come into the World Cup this year after topping their qualification group without suffering a defeat, and they look the clear pick to advance from Group G, having been drawn alongside Serbia, Switzerland, and Cameroon. A strong start could see them drop in price from the +500 that they currently are.

France and England Among European Contenders

France were in sensational form four years ago, as they won the World Cup for the first time since 1998. They were clear favorites from an early stage to win the competition in Russia, as they had a squad depth that few other nations could match. Once again, they will have talent across the field, but it is their forward line that looks the most exciting on paper.

Likely Ballon d’Or winner Karim Benzema will lead the line, while Kylian Mbappe will be looking for another sensational tournament after becoming the first teenager since Pele to score in a World Cup final four years ago.

England are another European team the oddsmakers fancy going all the way.

Gareth Southgate’s Three Lions kicked off their World Cup campaign with an emphatic 6-2 win over Iran on Monday and are now preparing to take on the USA on Friday.

There is always one team that comes out of nowhere to challenge for the World Cup. Four years ago, Croatia managed to reach the final before being beaten 4-2 by France. However, given their aging squad, it may be worthwhile looking elsewhere this year.

One nation that we could see progressing well through the tournament is the reigning African Cup of Champions, Senegal. They won the African title in early 2022 and then knocked out Mohamed Salah’s Egypt in the qualification stages. Furthermore, Senegal have a very winnable group on paper, as they have been drawn alongside hosts Qatar, Ecuador, and the Netherlands.

Shocks are a massive part of the World Cup, and that was evident four years ago as Germany were eliminated at the group stage for the first time. The one nation that we would be keen to avoid at the current prices is Portugal, who have failed to reach the quarterfinals of the World Cup in the previous three editions..

At this very early stage, we are very keen on France. The reigning world champions have some slight injury issues ahead of the World Cup, but the depth within the squad could make this a non-factor. The French have a comfortable group to navigate, and it would be hard to bet against them reaching at least the last four.