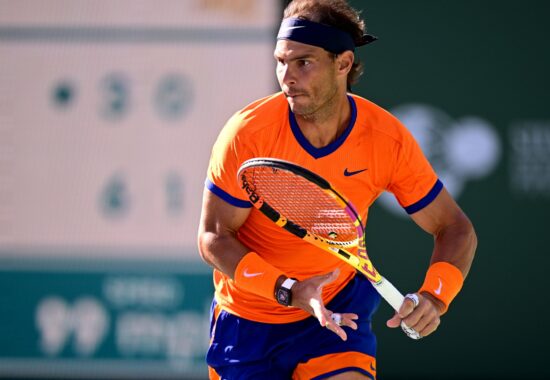 The world no.3 Rafael Nadal is out with a rib injury for at least six weeks. According to the man himself, “this is not good news” as it could impact his chances to win his 14th title at Stade Roland Garros. With the second Grand Slam tournament of the year scheduled to start on Sunday, May 22, the King of Clay might not have enough time to recover completely.

The injury happened during the semifinal of the 2022 Indian Wells. Nadal picked up the injury but continued to play, eventually beating Carlos Alcaraz 2-1. However, he wasn’t able to do the same in the final against Taylor Fritz. The Spaniard lost 2-0, which was his first loss of 2022.

Despite the injury news, top tennis bookmakers still have faith in him, keeping Nadal in the #1 position in the list of the French Open favorites. However, most of them did make some changes with the Vegas odds for this tournament.

When the markets opened, the Vegas odds on Nadal were as short as +110, with Novak Djokovic lurking just behind with +225 odds.

The news about Nadal’s injury caused the prices to change, albeit not too drastically. At the moment of writing, the French Open record-holder is priced at +137.

Meanwhile, the odds on the reigning champ have shortened to +200.