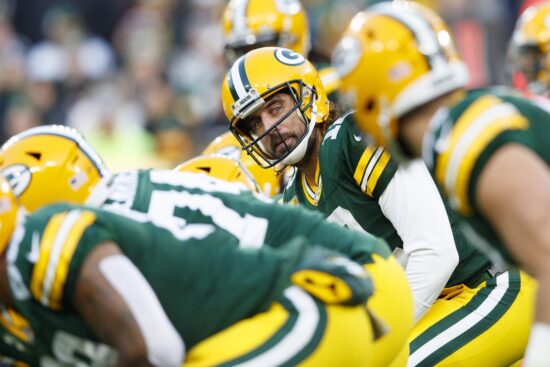 All the NFL community awaits to see what happens at Lambeau this Sunday. This game will have a major impact on the NFC standings and might even have a big influence on the entire campaign. Cold and harsh weather in Wisconsin will be nothing compared to the severity of the battle on the field.

LAR Pulling Themselves Together

A week bye couldn’t come at a better moment for the Rams, who were facing a meltdown in their game. Back-to-back losses were something that disturbed them deeply, as well as their fanbase. After getting all the flashy names, everyone expected to see the Rams in a much better form, but they’ve suddenly collapsed.

Following a defeat to Tennessee Titans, 28-16 at home, they went to San Francisco and lost again, 31-10 against the 49ers. The main problem in their defense was preventing the running game, as they allowed at least 150 yards on the ground in the previous four contests.

Meanwhile, they didn’t have near the same productivity on the other end, posting, for instance, only 52 yards against the 49ers. Sean McVay will have to make some adjustments and react fast, otherwise, the Rams’ “all-in” maneuver will be destined to fail.

The Packs have constant injury troubles throughout the entire year, and they can’t play with the strongest possible lineup. Against the Vikes, they didn’t have Aaron Jones, and furthermore, lost Elgton Jenkins for the season. Plus, the reigning NFL MVP, Aaron Rodgers, has problems with his toe.

There were some rumors that we might see David Bakhtiari this week, but Matt LaFleur shut down all those talks confirming that the big fella isn’t going to come back before the Packs’ bye week.

Against the Vikes, Rodgers looked very good, posting 385 yards for four TD tosses and without a single mistake. But it was obvious that the Packs lacked ground game, as AJ Dillon had only 53 yards on 11 carries, which is, in fact, a solid average, but he was the only rusher available.

The Packs defeated the Rams in the NFC Divisional Game, 32-18 at Lambeau. In the last seven events, the Packs have had six victories over this franchise.

We are with the Packers here, because of their chemistry, which might be a bit damaged with all the injuries, but on the other side, it is way higher than the Rams’. Rodgers might have severe problems because his left guards are injured, but on the other side, even if he makes a couple of mistakes, the Packers’ defense will cover that up. Especially because the cold weather in GB won’t allow Matt Stafford to establish his air-raid game. So we are behind Green Bay on this one.