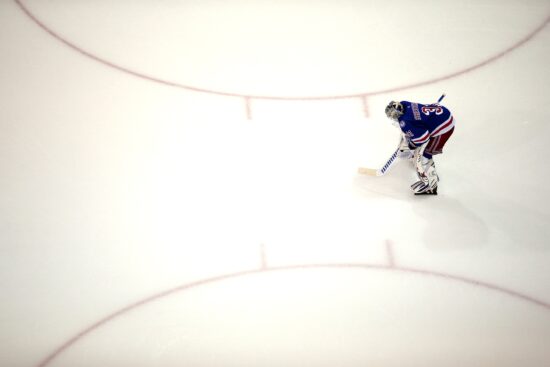 History beckons for the Tampa Bay Lightning on Saturday evening, as they can reach a third straight Stanley Cup finals series with victory at the Amalie Arena against the New York Rangers. The momentum has certainly swung in the favor of the reigning champions over recent games, and they have the opportunity to seal a memorable comeback from 2-0 down on Saturday.

Lightning On Verge Of Finals

The Tampa Bay Lightning will be looking to join some illustrious company by reaching the Stanley Cup finals for the third straight time this season. That feat was achieved by the famous Toronto Maple Leafs team in the 60s, as well as the St Louis Blues, Philadelphia Flyers, and Edmonton Oilers. The latter was the last team to reach three straight Stanley Cup Finals, with their most recent appearance coming in 1984-85.

However, the Lightning will be looking to do something that the Oilers failed to do and win on all three appearances. The New York Islanders were the last team to win three straight Stanley Cups in the 80s, with their success in 1983 being a fourth straight win. But, the Lightning finally look on course to join the great sides, as the momentum swung their way with a 3-1 win on the road on Thursday.

It was a dramatic end to the game for the Lightning, as they scored twice in the final period to seal the win. Ondrej Palat once again found the net, while Mikhail Sergachev and Brandon Hagel also scored.

Rangers Must Win On The Road

The New York Rangers have it all to do in game six of the series this weekend after losing the previous game in the final period. Players were visibly frustrated with how the game played out, which led to a fight on the ice at the game’s conclusion at Madison Square Garden on Thursday. However, the Rangers only had themselves to blame, as they watched another chance to seize their opportunity pass them by.

It’s likely that the Rangers will look back on this series should they suffer defeat in game six with mixed feelings, as they will likely believe that they should have almost sealed the deal in game three. That game was the turning point in the series to this point, as a victory for the Lightning allowed them to build momentum, and they haven’t looked back since.

The Rangers have now gone 6-4-0 over their previous ten, and have averaged 3.2 goals. However, they have only scored once in each of the previous two games against the Lightning. A big performance will be needed by the Rangers on Saturday to force a game seven in the Eastern Conference finals.

It could be the end of the road for the Rangers on Saturday evening, as we struggle to see past the Lightning sealing their spot in the Stanley Cup finals. The momentum is with the Lightning, and we could see them going ahead early and using their playoff experience to get over the line.