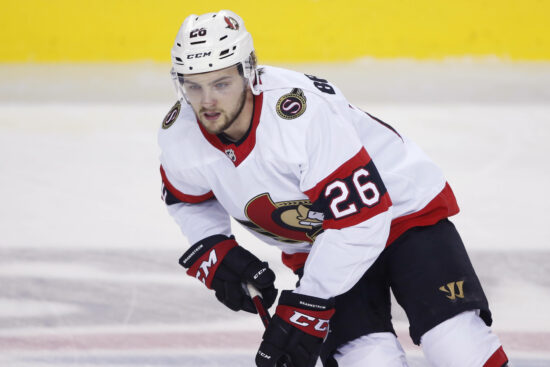 If you’re looking for the latest Rangers vs Senators prediction and odds, then look no further than Vegas Odds.

There will be a massive need for the New York Rangers to get back on track in the NHL on Wednesday, as they look to recover following three successive defeats. They come up against the Ottawa Senators, who will be looking for a third straight win.

The New York Rangers enjoyed an excellent run in the playoffs last season, but they will be doing extremely well to go that close again this term. They have started the campaign in a very inconsistent fashion, and come into this fixture sitting outside the playoff spots. The Rangers sit ninth, having gone 10-9-4 this season, and they have suffered three straight defeats.

New York has saved some of their best performances on the road this term, as they have won six from eleven. However, they will need to recover after losing their most recent fixture at Madison Square Garden against the New Jersey Devils.

The Ottawa Senators may be sitting second bottom in the Eastern Conference standings, but they have certainly shown more progression in their recent fixtures. They come into this fixture looking to record a third straight win, while they have also picked up four victories from their previous ten.

Their best form throughout this season has come in home fixtures, as they have won five times at the Canadian Tire Centre. They battled very strongly in their previous fixture, as they recorded a 3-2 overtime win against the Los Angeles Kings on the road. If they come into this fixture with the same attitude, another win could be heading their way.

It’s so hard to see where this poor run of form from the Rangers will end. There has been a lot to like about the Senators and the performances that they have been putting in recently, which means that we could see them registering another win on Wednesday.