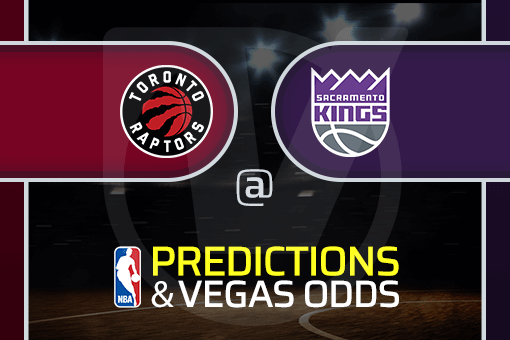 If you’re in search of the latest NBA betting odds and Raptors vs Kings prediction, look no further because Vegas Odds has you covered.

The Kings just lost a heartbreaker to the 76ers but responded with a win against Memphis and the Raptors defeated the Knicks.

The Raptors had lost three straight games before beating the Knicks on Sunday, and their January record is 5-7. All five starters finished in double figures for Toronto, and Fred VanVleet led the way with 28 points as Pascal Siakam (24/7/6) and Gary Trent Jr. (24 points) did their part.

When these teams met in December, VanVleet exploded with 39 points and Scottie Barns had 27 points in a one-point victory for the Kings.

Sacramento just lost to Philadelphia but then responded with a 33-point victory against the Memphis Grizzlies. The Kings had six players in double figures, with Trey Lyles surprising everybody with 24 points and seven rebounds off the bench. The Grizzlies didn’t have Ja Morant, but it’s still an impressive victory for Sacramento.

The Kings now have an 8-4 record and have won seven of the last eight, so they are hot right now.

Fred VanVleet is increasing his trade value with each passing game, and the Raptors might be inclined to trade away some players at the deadline.

However, the Kings are one of the hottest teams in the NBA and the Golden 1 Center has become a popular spot for them to win games. Light the beam because Sacramento gets the victory against Toronto in another close game.