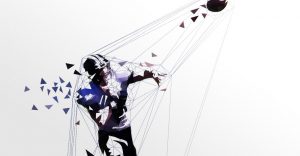 This weekend, the Baltimore Ravens are traveling to Pennsylvania. Their destination is Lincoln Financial Field, where they will face the Philadelphia Eagles. NFL oddsmakers think the visiting team will have a field day, with the moneyline odds of -350. However, the same was the case with the 49ers two weeks ago. That’s when the Eagles managed to pull off an upset and get themselves a win at +280. Can they do the same in the Ravens @ Eagles Week 6 game?

Lamar Jackson Is Back in Shape

When the Baltimore Ravens are discussed, the name that pops up is Lamar Jackson. Last season, he was voted the MVP unanimously, after setting the record for the most rushing yards in one season by a QB, as well as achieving 36 touchdown passes, more than any other quarterback.

This year, however, he’s got 949 passing yards, with 9 touchdown passes. This, however, does not mean he’s underachieving. He’s just been struggling with a knee injury, which made him miss practice last Wednesday. Jackson also had problems with a stomach illness, which cut short his Thursday’s practice.

The good news, however, is that he’s back. We saw him playing on Sunday against the Bengals when he made two touchdown passes. He threw the ball 37 times, but completed only 19 passes. This seems below par for his standards, but in all honesty, he really didn’t have to put too much effort into his game. Instead, the Ravens won that game thanks to their superior defense. As a result, the final score was 27-3 in their favor.

The Ravens have conceded only 76 points in the 2020 NFL. The only team with a fewer number is the Tennessee Titans. However, the Titans have played only three games this season. The Ravens, on the other hand, have already played five. What this means is that they’ve conceded only 15.2 points per game, which is way lower than other teams. In comparison, the Eagles’ average is 29 points per game.

Another interesting fact about the Ravens defense is that on two occasions this season, they conceded a one-figure number of points. It happened last weekend against the Bengals, as well as in the opening round against the Cleveland Browns, when they won 38-6.

The highest number of points they conceded in the 2020 season was in their defeat to the Super Bowl LIV champions. The Kansas City Chiefs beat them 34-20 in that game.

The Eagles are not the Chiefs. They do not have Mahomes on the roster. Instead, their QB Carson Wentz has passed for 6 touchdowns in five games this season. That’s not too disappointing, but considering how great the Ravens have been in defense, Wentz’s stats probably aren’t going to improve drastically this weekend.

Instead, we should see a dominant win for the Ravens, especially with Lamar Jackson being super-motivated to improve his numbers.