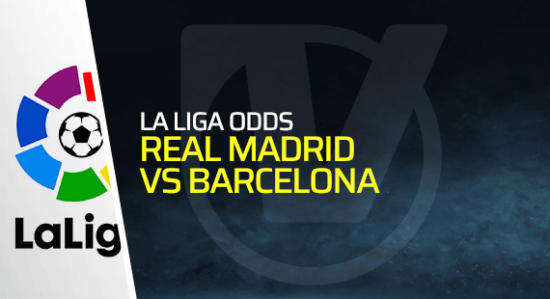 Yet another chapter of the world’s most famous game takes place at Santiago Bernabeu on Sunday. The two fierce rivals enter this clash with high ambition and aim to win. Real is a slight favorite, but that doesn’t have to mean anything in these types of events.

Los Blancos Charging Towards Another Title

Real Madrid has 66 points after 28 games, and they are 10 points clear of Sevilla, who sits second. Even though Real started slow, everything fell in its place after a few weeks and the results began coming. For the moment, they are pushing well in both the Spanish La Liga and the UEFA Champions League.

Carlo Ancelotti’s unit won the previous five contests, four of them with three or more goals netted. Karim Benzema is playing like in his best days, and so far, he has been Real’s best player in the clutch moments, but he will miss this one, due to a calf injury. Still, that won’t be too big of a problem for the hosts, who have more than good replacements for the veteran.

Real is without a loss at home since late September, once they suffered a shock against Sheriff. After that, they went on a 15-game streak that saw them winning 12 times and posting three draws. Los Blancos would score at least twice in most of these meetings and keep their net intact.

One of the best players in the history of Blaugrana got off to a rocky start once taking over the managerial duties. Barca struggled to deliver and lost points where it shouldn’t have. Yet slowly, their performances improved, and victories started coming.

Xavi’s unit is didn’t lose in 10 straight events. They have seven wins and three draws, and during this stretch, we’ve witnessed them climbing several positions in the standings and progressing to the quarterfinals of the UEFA Europa League.

The latest five games on the road saw them both scoring and conceding, and all of those contests ended with over 2.5 goals. But the positive thing is that Barca posted four consecutive triumphs away from Camp Nou.

There have been 248 El Clasico’s so far, and Real is slightly better than Barca, having 100 wins, compared to 96 of the Catalonian team. Exactly 52 evens saw no winners.

When looking only at this campaign, Real is better. They defeated Barca at Camp Nou, 1-2, and after that won the Super Cup coming back from behind and sealing a win in the extra time, 2-3.

This should be an interesting battle because the difference between these two units is much smaller than in the first event. Barcelona improved significantly, and we expect them to score at least one goal at Bernabeu. On the other side, Real plays superbly, especially the attackers, and they usually net at least twice in front of their own crowd. Therefore, our pick here is both teams to score.