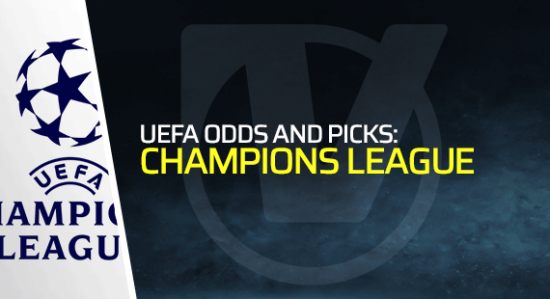 Neymar and Messi come back to Santiago Bernabeu, the place where they had memorable moments and fierce battles with Real Madrid. They aren’t wearing Barcelona’s jersey anymore, but still, the history here adds additional spice to the already tense atmosphere.

The most successful team in Europe didn’t lose at home in the last 14 games, recording 12 wins during that interval. They are simply fantastic at Bernabeu, and it’s no wonder why they sit first in the La Liga, far ahead of all other rivals.

Los Blancos beat Real Sociedad 4-1 on Saturday night. This was the third consecutive victory for Carlo Ancelotti’s crew and the second without an allowed goal. What is noticeable is that seven of the previous ten events which involved Real saw only one team scoring.

That is because Ancelotti, as the Italian manager, likes a bit more cautious approach to the game. Also, Real doesn’t have the firepower as in the previous seasons, and Karim Benzema did miss a few games this season due to an injury, which led to lower efficiency.

We all know that Mauricio Pochettino made all of his results in Tottenham because of a fantastic transition and counter-attacks. He is a master for these situations, and just a few managers in the world have such a system as the Argentinian does.

PSG is in a perfect position to lay back and wait for open space, as they have a lead and pretty much the most dangerous forward core in the world – Messi, Neymar, Mbappe, Di Maria. Though, we haven’t seen that lately, with the Saints losing two of their past three games in French Ligue One.

Mbappe didn’t play in Nice on Saturday, but he should be ready for Real, according to all the relevant sources. The young Frenchman is Pochettino’s best player, with 14 goals scored, far more than all the other teammates.

Mbappe decided the first leg scoring a late goal that finally broke Real’s lock. Messi missed a penalty earlier, and the Saints couldn’t use at least one of many chances until the final moments when Mbappe outsmarted Courtois.

We want to add that PSG didn’t lose in the last three games against Real, winning two and posting one draw.

Like all the Italian managers, Ancelotti is a defense-first guy, and despite Real’s deficit from the first game Los Blancos won’t attack immediately. That’s why we believe that the opening half won’t see too many chances and that most if not all the action would take place in the second 45 minutes. Our pick here is two or more goals in the latter half.