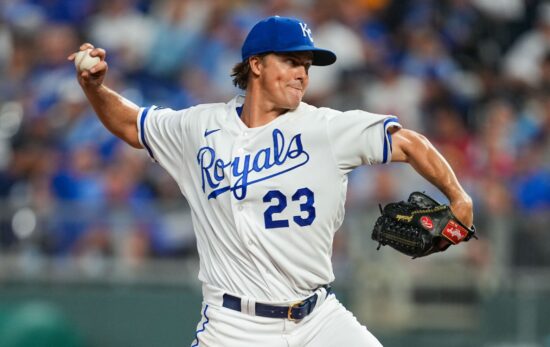 The Vegas odds are calling Friday’s Red Sox vs Royals matchup a close one, listing Boston as a slight -118 favorite. The value here could be on Kansas City at -102 though, especially after Thursday’s 7-3 series opening win by the Royals who cashed in as +129 underdogs.

Overall the Red Sox definitely have more to play for this weekend, as even though they weren’t major movers and shakers at the trade deadline they still remain within 4 games of the wild card with 55 to play. Boston was 20-6 in June so this is a team that can get hot, but they were also just 8-19 in July.

Red Sox Try to Pick It Back Up

Boston was able to get a win at home on Sunday against the Brewers to avoid a sweep, and then they took the first two in a series at Houston as +153 and +187 underdogs so those were a surprise. That momentum has kind of dulled a bit though, losing the series finale against the Astros 6-1 and then suffering a horrible 7-3 upset on Thursday night in the opener at Kauffman Stadium as -140 favorites.

What Boston needs to do now though is put Thursday’s loss behind them and focus on taking the next three in this four game series. That’s not going to be easy against Zack Greinke in Friday’s Red Sox vs Royals matchup, even though Boston hits nearly .300 against the KC starter. J.D. Martinez has 2 HR in 18 career AB vs. Greinke and new Sox player Eric Hosmer has 32 career ABs vs. the right-hander.

Nick Pivetta had a solid outing for Boston on Thursday night, giving up 7 hits and 3 ER over 5.0 IP. Darwinzon Hernandez was the big disappointment for the Red Sox in the series opener, allowing a 4-run 7th inning to snap a 3-3 tie and break things open for the Royals. Rookie Josh Winckowski (4-5, 5.00 ERA) will try to keep Friday night’s game away from the bullpen for as long as possible as he makes his first August start, going 1-4 with a 6.12 ERA in July.

Royals Go For Two in a Row

Kris Bubic pulled off a stunning 6.0 IP of 2 ER ball in the series opening win, impressive from a guy with a 5.27 ERA on the season. Now the Royals go for two in a row behind Greinke, making his first appearance against Boston this year.

Greinke (3-6, 4.41 ERA) has put up some rough numbers in road starts lately, giving up 12 ER in 14.0 IP against the Yankees, Blue Jays, and Astros. He’s looked like the Greinke of old at home lately though, holding the Angels scoreless over 5.0 IP, shutting out Cleveland over 5.0, and giving up 1 ER on 4 hits over 6.0 IP against the Rangers. Greinke has a 1.65 ERA at Kauffman Stadium compared to being 0-5 with a 7.16 ERA on the road.

The Royals had a nice offensive showing in the series opener even after trading Whit Merrifield at the deadline. Salvador Perez delivered the big blow with a 3-run, line drive HR in the 7th inning that put KC ahead for good. Was that a breakout night at the plate after scoring just 5 runs in a 3-game series with the White Sox? We will see as Kansas City faces Winckowski for the first time ever.

Have to give a lean towards Kansas City here with a slightly better price and Greinke being a stud at home. Winckowski had a rough July for Boston, and could be hitting the rookie wall as we head into the dog days of Summer.