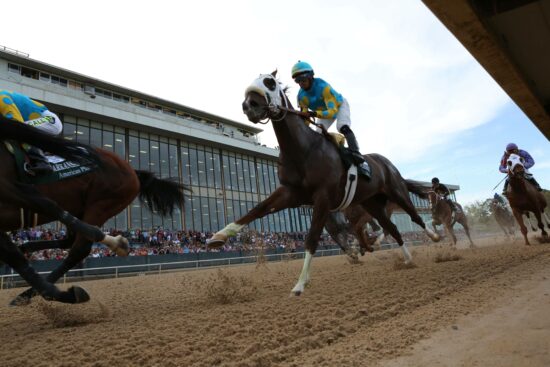 If you’re looking for the latest Southwest Stakes picks, predictions, and odds, then look no further than Vegas Odds.

One of the early standout races on the Road to the Kentucky Derby takes place at Oaklawn Park this weekend. We will see the return of Bob Baffert’s Arabian Knight, while previous stakes winners such as Corona Bolt and Jace’s Road will throw down a huge challenge for one of the key Derby contenders.

The G3 Southwest Stakes has been a key stop on the Road to the Kentucky Derby throughout history. Smarty Jones Lil E. Tee both ran in the Southwest before winning the Derby, while Pine Bluff also finished second in the 1992 edition of the race before landing the Preakness Stakes.

In truth, I think this is one of the best renewals of this race in many years. There are at least three genuine Derby contenders set to line up, and we will be learning a lot more about them at Oaklawn Park this weekend. Arabian Knight will likely go off extremely short for Bob Baffert. However, it is worth remembering that this runner will not pick up any qualifying points for the Derby due to Baffert’s suspension.

The three-year-old was an excellent winner on debut on Breeders’ Cup weekend, as he broke his maiden with a seven-length demolition of Determinedly, who has since won twice from three starts. The Baffert runner was brought for a massive $2.3 million, and there is every expectancy that he will progress over this distance.

Jace’s Road is slightly hit-and-miss for Brad Cox. He landed a nice win on debut, before finishing third and eighth in the G3 Iroquois and G3 Street Sense, respectively. However, he finally got off the mark over this distance with a 98-speed figure in the Gun Runner at Fair Grounds, with Determinedly being an interesting yardstick, finishing just under six lengths behind the Cox runner.

Sun Thunder got off the mark with a nice win last time, while Red Route One has often come up short in graded company. The one runner that really intrigues me is Corona Bolt, for Brad Cox. This three-year-old has won two-from-two, which includes a stunning display in the Sugar Bowl last time out, scoring a speed figure of 101. This runner is by Bolt d’Oro, who landed wins over this distance in the G2 San Felipe and G1 FrontRunner, before taking second to the great Justify in the G1 Santa Anita Derby over 1 1/8 miles.

This is a thrilling renewal of the Southwest Stakes. Arabian Knight has the ability to be extremely special, and he must be used in any exotic play this weekend. However, Corona Bolt is a horse that I think will thrive over this distance. At present, he is a +3000 shot for the Derby, and I’d take that price now, as he will be cut should he run well on Saturday. I think Jace’s Road will take third behind the talented duo.