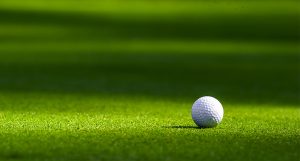 The Quicken Loans National, played annually in the Washington, D.C., area, has been replaced by the brand new Rocket Mortgage Classic in Detroit. Golfers will compete at the Detroit Golf Club, with the Open Championship just a few weeks away.

Here is a brief look at the course, the last few years of the Quicken Loans National, and some of the players to keep an eye on.

This is the first professional tournament that the Detroit Golf Club, or DGC, has ever hosted. It’s a Par-72, 7,334-yard course built by Donald Ross in the middle of a neighborhood on the north side of the city. There are actually two courses at the DGC, North and South, but golfers will only play the North this week.

There are a couple of things golfers will have to keep in mind at DGC. First, the trees are very dense and line most of the fairways. Bad drives could definitely get you in trouble and force you to hit some blind shots. Second, there are a lot of bunkers littered around the course. Accuracy, both off the tee and from the fairway, will be critical for success this tournament.

Since these golfers have never played a tournament at this course before, take all of this with a grain of salt. But last year, in the final year of the Quicken Loans at TPC Potomac, Francesco Molinari shot a tournament-record 259 to finish -21, a whopping eight strokes ahead of the rest of the field en route to victory.

Before Molinari, Kyle Stanley defeated Charles Howell III in a playoff to win the Quicken Loans in 2017. In addition, Billy Hurley III won in 2016 at the Congressional Country Club, and Troy Merritt won the year prior at Robert Trent Jones Golf Club.

The U.S. Open champion Gary Woodland, along with Dustin Johnson and Rickie Fowler, highlight the field going into this week’s tournament. Here’s a closer look at some golfers who may have the recipe for success in Detroit.

Even with a couple of mediocre finishes in his last two starts, including a T35 at Pebble Beach, Johnson is still the favorite for the Rocket Mortgage Classic. His tee-to-green game is outstanding, ranking third on the Tour, and he sits second in total strokes gained. If his putting improves a little bit, he’ll absolutely be in contention.

While Fowler lacks the experience at DGC, as does nearly everyone else in the field, he does have two top-10s at both East Lake and Aronimink; two courses also designed by Donald Ross. He only ranks 31st in SG: tee-to-green, but a return to elite form is not too far away.

Matsuyama has been great coming into this week, putting together four straight top-25 finishes and 10 overall for the year. He has also performed well at Donald Ross courses in the past, with three top-five finishes combined at Sedgefield and East Lake. All indications are that Matsuyama will be near the top of the leaderboard come Sunday.

Streelman has finished fourth and 15th in his last two starts but has been playing well before that. He has a solid all-around game that should be able to compete in Detroit, ranking in the top 40 on Tour in SG: tee-to-green, fairways hit, proximity to the hole, and greens in regulation.

Based on recent form and course set-up, I’m picking Matsuyama to win the first-ever Rocket Mortgage Classic. The first round at Detroit Golf Club tees off on Thursday morning at 6:45 am EST.