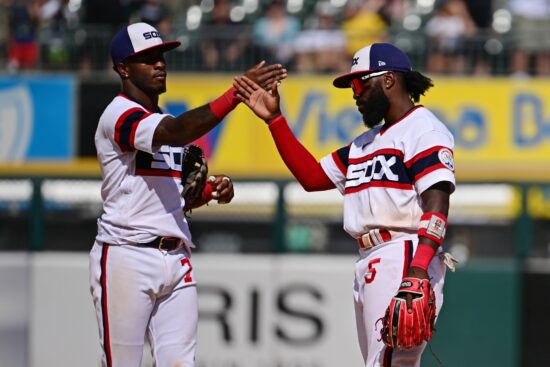 A weekend series win over the A’s combined with Minnesota going 4-6 over their last 10 games has the Chicago White Sox within striking distance of the divisional lead heading into a three game series with the Royals. The teams have split their 8-game series so far this year, although they haven’t played in Chicago since the end of April when KC took two of three.

The Vegas odds have Chicago (51-50) as a -168 favorite which isn’t surprising against the 40-62, last place Royals. Kansas City is coming off an emotional 9th inning rally in a win over the Yankees on Sunday, so let’s see if they can build off that as +142 underdogs.

Kansas City was able to avoid a 4-game sweep in the Bronx thanks to a Salvador Perez go-ahead three run HR in the 9th inning. The Royals had a 4-0 lead in the 5th, but New York scored 6 unanswered before Perez’s heroics. KC also dropped a close 1-0 contest on Thursday so it wasn’t bad series against the best team in baseball.

Now the Royals turn their attention to divisional foe Chicago, who they haven’t played since a 5-game series at Kauffman Stadium in mid May in which KC went 2-3. White Sox starting pitching was solid over the weekend but the Royals hope that stops when Michael Kopech steps to the mound on Sunday. even though they have hit just .145 as a team vs. the Sox starter.

The Royals may be without star rookie shortstop Bobby Witt, Jr. who left Sunday’s game after getting hit by a pitch, but the good news is that they may not need a ton of runs if Brad Keller (5-11, 4.18 ERA) pitches like he has vs. the White Sox so far this season. Keller allowed just 1 run over 7.0 IP in a 5-2 Royals win at the end of April and again pitched into the 7th on May 18th in a 5-3 Chicago victory.

It was shaping up to be a disappointing weekend with the A’s after Friday night’s 7-3 Oakland win, but Chicago pitching stepped up the next two games to earn 3-2 and 4-1 wins and a series victory. Starters Johnny Cueto and Dylan Cease combined to allow just 10 hits and 3 ER in the Saturday and Sunday victories for the Sox.

Chicago would obviously like a little more offense heading into this series with Kansas City, but the ‘under’ is 9-3-1 in the last 13 meetings between these two teams at Guaranteed Rate Field. The Royals have also won four of their last five in Chicago so they have value as +142 underdogs in the Vegas odds.

Division leading Minnesota plays 20 of their 28 games at home in August, so Kopech (4-6, 3.16 ERA) and the Sox need to take advantage of every opportunity they can get this month. That would include in the Royals vs White Sox matchup with KC having lost five of their last six. Kopech gave up 2 ER over 5.0 IP in his only start vs. KC this year but has allowed at least three runs in five of his last six overall.

These two teams have played each other fairly close this season even though they are in much different situations in the standings. Kopech had a 5.19 ERA in June and 4.43 in July so he is far removed from the sharpness that he showed early in the season. The White Sox are just 3-5 over Kopech’s last 8 starts which has to put the value on Kansas City here.