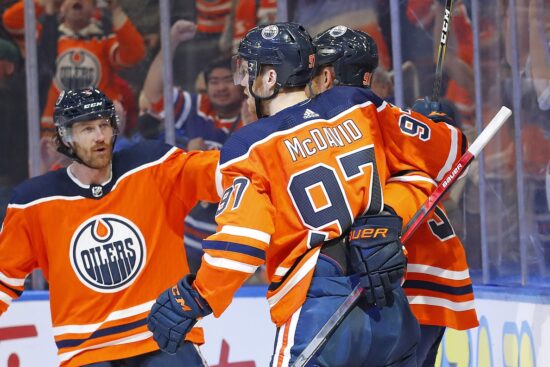 On Thursday, March 17, the Buffalo Sabres go to Rogers Place where they’re going to be welcomed by the Edmonton Oilers. This is the place that’s in good memory of Buffalo’s players, considering that they beat the Oilers in three of their previous four games played in Edmonton.

This time, however, online NHL sportsbooks think it’s going to be different. They believe Edmonton will have a relatively easy job to get to its fourth straight win, thus getting an edge in the Pacific Division playoff race. When it comes to Buffalo’s postseason dreams, they’re practically over – this team is 31 points behind the closest playoff position.

Does this mean the Sabres have no motivation anymore? Maybe, but their recent performances suggest there’s more to this team than what the NHL standings are showing.

With a 33-4-23 record, the Edmonton Oilers are sitting in the #3 position in the Pacific Division. They got 70 points, which is two more than the Vegas Golden Knights who are fourth in the standings. Just behind are the Vancouver Canucks with 67 points, Anaheim Ducks with 65, and San Jose Sharks with 60.

What all this means is that the Oilers are still far from booking the playoff ticket. They are on the good road to achieving that, but they must ensure they don’t drop points against struggling teams, such is their next opponent.

The good news is that they probably aren’t going to do it, at least, judging by their recent form. They are 3-0 in the previous three games, beating the reigning NHL champs, the Tampa Bay Lightning, along the way. It happened last Saturday when the Oilers won 4-1 thanks to two goals by Conor McDavid and a goal by Leon Draisaitl and Kailer Yamamoto.

What’s interesting is that each of the previous three Edmonton wins happened on home turf. In fact, at Rogers Place, the Oilers are 17-0-12 this season, with 7 of those wins happening in 2022.

The Buffalo Sabres are 20-8-32, which accounts for 48 points – the sixth-worse record in the entire NHL. As a result, they’re now third from the bottom in the Atlantic Division. The worst thing is that they got 31 points fewer than the Boston Bruins, the closest team from the playoff zone.

What this means is that it’s almost 100% certain that the Sabres are going to miss the playoffs for the 11th season straight. It seems that everyone’s been aware of this for a while, which explains why oddsmakers have been giving very long odds on Buffalo in almost each of its recent games.

However, the Sabres did manage to upset the odds on a few occasions in recent times. For example, in their most recent game, they defeated the Toronto Maple Leafs 5-2 despite being +400 pre-game underdogs. A game earlier, they beat the Vegas Golden Knights 3-1, after being seen as +260 dogs by the bookies. All this begs the question of whether they can surprise the oddsmakers once again?

Buffalo does have a good record against Edmonton, especially when it comes to the games played in Canada. Still, this time, it’s very likely the Oilers will get a win. Not only do they have a much better roster, but they also have motivation on their side.