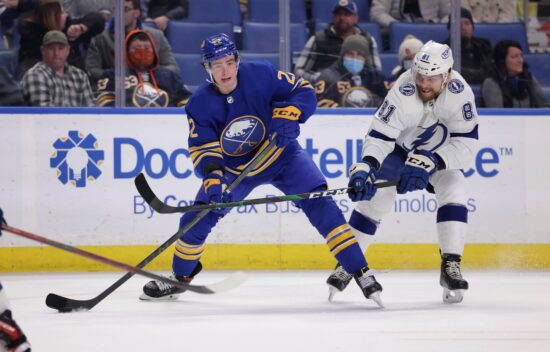 The Detroit Red Wings will be looking to end a pretty miserable run of form in the NHL on Saturday, as they play host to the Buffalo Sabres. Neither franchise has really hit their groove in the league to this point, and both are massive outsiders in the Stanley Cup 2022 betting.

The Detroit Red Wings have endured a difficult run of form in recent weeks, as they have lost their last four. That sees them sit in a precarious position in the Eastern Conference, as they are ninth overall, and trail the Boston Bruins by seven points in the battle for the final playoff spot. The Red Wings have a points percentage of .487, which is the lowest of the teams in the top ten of the Eastern Conference at present. Fortunately, this game is at home for them, as they have gone 12-6-2 at Little Caesars Arena this season.

However, that strong home record counted for very little in their last NHL game, as they were soundly beaten by the Winnipeg Jets. The Jets claimed a huge 3-0 victory on the road, with the visitors scoring a goal in each of the three periods. Alex Nedeljkovic averaged a save percentage of .935, as he stopped 29 of the 31 shots that he faced in the defeat. However, a response will be needed by the Red Wings this weekend in this first of back-to-back games against the Sabres.

A bid for a playoff finish already looks out of sight for the Buffalo Sabres, but they will be hopeful of maintaining the form that they have shown in recent games at the very least. The Sabres are down in 14th overall in the Eastern Conference and have a points percentage of .389, which is the third-worst in the conference this term. Playing away also looks to be a daunting prospect for Buffalo, as they have picked up just four wins from the 16 games that they have played on the road this season.

However, they did pick up a recent road success in the NHL in their last game, as they managed to knock off the Nashville Predators and win 4-1 on Thursday night. It was potentially their best performance of the season, with Jeff Skinner scoring twice in the victory. Buffalo scored one in both the first and second periods, before claiming victory by scoring twice in the final period.

Recent results certainly make this a more challenging game to call this weekend. However, we would be willing to take a chance on the Buffalo Sabres on the spread. Low scoring periods could be the agenda though, as we predict under 1.5 goals in the first, and under 2.5 in the second.