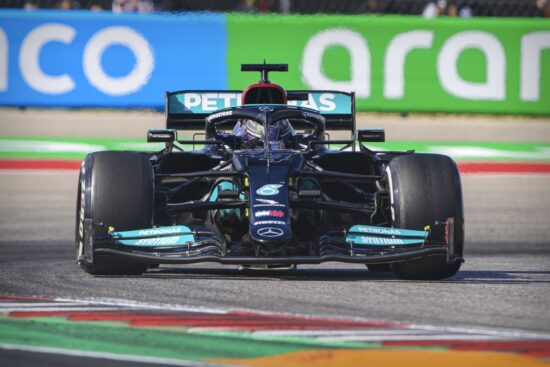 Only two races are left in the most fascinating Formula 1 season in recent memory. The battle between Lewis Hamilton and Max Verstappen for the Drivers’ Championship continues in Jeddah, Saudi Arabia this weekend, but will the Brit remain the outright favorite for a record-extending world championship ahead of Abu Dhabi?

For the second race running, there will be an inaugural race on the F1 calendar. Last time out, Lewis Hamilton stormed to victory in the Qatar Grand Prix, and he will be looking to maintain his excellent record in first-time races this weekend in Saudi Arabia. The race will consist of 50 laps at the Jeddah Corniche Circuit and will cover a total race length of 308.450 km.

It was announced earlier in the year that the first-ever Saudi Arabian Grand Prix would take place this season, with the circuit located on the idyllic banks of the Red Sea. Like the Qatar Grand Prix, the event has already been criticized for Sportswashing, with Amnesty raising concerns of the human rights issues in the country. However, F1 have announced that they will be looking to tackle issues in the country by hosting an event here, just as they did in Qatar two weeks ago.

Hamilton Hard To Look Past?

The track has already been labeled as the ‘fastest street track’ on the F1 calendar, and that is certainly going to favor Mercedes and Hamilton. The constructor have found new power in Hamilton’s car over recent weeks, as he has closed the gap to Verstappen in the Drivers’ Championship with wins in Brazil and Qatar. It is expected that drivers will be able to reach heights of 250 km/h this weekend, which is the reason why Hamilton is so short in the betting.

Red Bull have already revealed that the momentum and advantage lies with Hamilton ahead of the race this weekend, and they will need to find an answer to the questions posed of them by Mercedes in recent weeks. However, there was no evidence that a comeback was likely in Qatar a couple of weeks ago, which means second may be their best chance once again.

Verstappen could claim the championship this weekend, as he could be crowned world champion if he wins the race and sets the fastest lap, with Hamilton finishing in sixth or lower. However, all four ways that he is able to clinch the title is unlikely to occur this weekend. The battle for third could come down to a clash between Sergio Perez and Valtteri Bottas, but we would hazard a guess that Mercedes’ dominance means that the latter stands the best chance.

It’s incredibly hard to see past Hamilton once again this weekend, as the Brit and Mercedes are looking more determined than ever. Verstappen will see a second-place finish as a strong result heading to Abu Dhabi, while Bottas taking third could be huge for Mercedes.