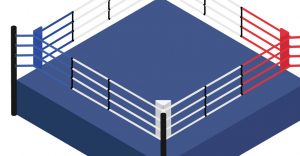 There will be a lot of eyes on Savannah Marshall this weekend, as she looks to continue the momentum that she has enjoyed from her first eight professional boxing bouts. But, could Hannah Rankin cause an upset at the Utilita Arena in Newcastle?

How To Watch: DAZN

There was a lot of excitement surrounding Savannah Marshall when she made the decision to turn professional. She had esteemed success as an amateur as she claimed gold medals at the 2012 World Championships and 2014 Commonwealth Games. Marshall made her debut on the undercard to the Floyd Mayweather and Conor McGregor fight against Sydney LeBlanc. It was an excellent first showing for the Brit, as she beat her American opponent via unanimous decision.

That fine form has continued over the past three years, and she comes into this fight against Hannah Rankin with a record of 8-0. She has won six of her fights by knockout, which includes wins through this method in each of her last four fights. She fought three times in 2019, and claimed victories over Borislava Goranova, Daniele Bastieri and Ashleigh Curry. The latter of which was her last fight, which also took place in the same area where she will be fighting this weekend. Marshall beat the American by TKO in the third round, and rightly goes into this fight as the -2000 favourite with Bet365.

Marshall will come up an opponent this weekend that has been struggling to find consistency throughout her career. She has only won three straight fights on two occasions in her three-year career. However, she will come into this fight in good confidence having won last time out against Eva Bajic by TKO in the third round. This was only one of two wins that she has claimed via TKO or KO. Seven of her wins throughout her career have come by decision. Rankin has never suffered a defeat through knockout, which could be jeopardy coming into this fight against Marshall, who very rarely goes the distance.

Rankin’s last defeat was against Patricia Berghult, as she was beaten by unanimous decision and therefore handed over her IBO super-welterweight title. That defeat ended a run of three consecutive wins, but this fight this weekend remains the biggest of her career. But, her previous championship experience could give her confidence that she will claim an unlikely victory over the talented Marshall.

There is no question that Savannah Marshall is the fighter with the momentum coming into this bout, and we can’t see it goes the distance. Marshall will get the stoppage win against Hannah Rankin and claim the WBO middleweight title.