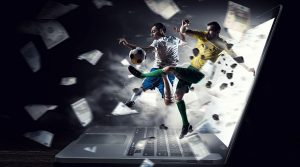 The Bundesliga action continues on Saturday afternoon as Schalke will be looking to bring an end to their terrible run of form. Their European hopes are still in the balance and they could be further away from that position should the Freiburg vs Bayer Leverkusen go in a direction that doesn’t suit them. But, will they be able to back to winning ways against Werder Bremen?

Schalke’s season continues to go from bad to worse over recent weeks, and they could soon be in the bottom half of the table. Heading into the second half of the season, Schalke were sixth in the Bundesliga and looking like good value to cement their spot in the Europa League for next season.

However, David Wagner’s side have now gone ten games without a win, and have lost all three of their fixtures since the restart. They remain five points away from sixth spot, but the chances of them turning that deficit around are fading with every passing week. Last time out they were beaten by Fortuna Dusseldorf 2-1.

Werder Bremen will be excited for this fixture, as they may see it as a perfect opportunity to close the gap between themselves and survival. That gap currently stands at six points, which means defeat this weekend could almost seal their fate. Since the restart they have been in decent form as they have won once, drawn once and lost once.

Their win in that pattern came last weekend against Freiburg. They were able to hold onto the 1-0 lead despite being down to ten men for much of the game. Meanwhile, they drew last time out against Champions League hopefuls Borussia Monchengladbach. They will be hoping to continue their solid form with success at the Veltins.

This will be the 30th time that these two sides have come up against each other. Schalke holds the advantage overall, as they have won on 15 occasions, while Werder Bremen have won on eight occasions. There have been a total of six drawn matches between these sides. Schalke won the meeting earlier in the season 2-1. That victory ended a run of three straight victories for Werder in this fixture.

This is an intriguing fixture and it could be a perfect opportunity for Schalke to get back to winning ways. However, their form is the worst in the Bundesliga and they look destined to continue slipping down the table. This is a must-win game for Werder, and their form has been improving since the restart. The fact that away sides have achieved so much success since the league has kicked off again is another factor that will make it hard to bet against Werder.

Tip: Werder Bremen to win at +174 with BetOnline.ag.